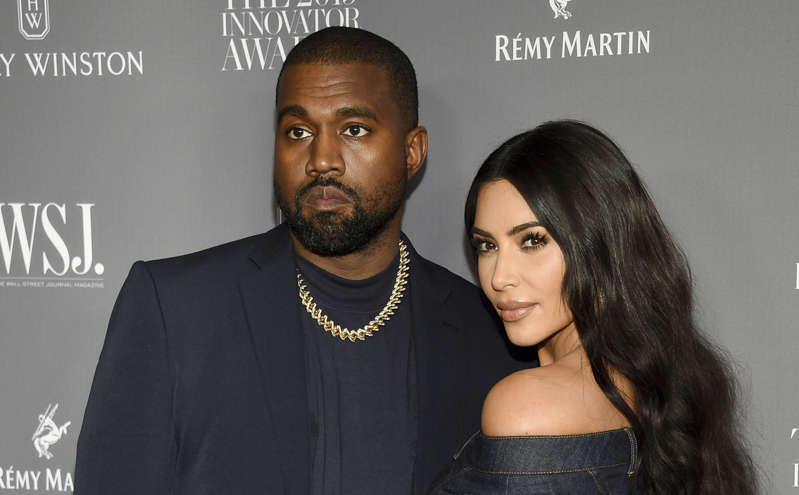 Kim Kardashian wants Kanye West to ‘settle down’ with his ‘attacks’ and thinks what Trevor Noah said about her in his recent response to the rapper’s negative words about him was ‘heartfelt.’

Kim Kardashian, 41, thinks Kanye West, 44, should be saying, “I’m sorry” to Trevor Noah after the rapper made some shocking negative remarks about the talk show host on social media. She also wants her ex to stop talking bad about her new boyfriend Pete Davidson, 28, which he’s also done on Instagram in the past. The “Jesus Walks” creator recently made headlines for being temporarily suspended from Instagram and banned from this year’s Grammy Awards, which Trevor is hosting, after his recent now-deleted remarks.

“Kim only wants for Kanye to leave Pete alone and not go after him on Instagram. Whatever it is going to take for that to happen, Kim is fully supportive of it,” one source EXCLUSIVELY told HollywoodLife. “Kim also believes that Kanye owes Trevor an apology because his remarks directed at Trevor were unacceptable. She found what Trevor said on her behalf to be so heartfelt and she thinks that he expressed her sentiments perfectly.”

Kanye wrote a post toward Trevor that quoted “Kumbaya, My Lord,” but he changed the lyrics to include a racial slur after Trevor spoke about his split from Kim on The Daily Show. He was quickly banned from Instagram for 24 hours shortly after, and Trevor himself took to the site to share a lengthy message that expressed concern for Kanye.

“Kim was so relieved when she heard that Kanye’s Instagram was shut down for 24 hours,” a second source EXCLUSIVELY told us. “She finally felt like she could relax for a few minutes and not worry about what he’s going to post next. Kim thinks Kanye has gotten totally out of hand with the social media attacks and she hopes that his account being restricted will show him that it’s not okay to attack her and Pete the way he has been. She thinks it’s not a good look for their kids to see and Kim hopes he learns a lesson from this.”
“Kim was able to breath and not worry about Kanye and his ranting,” a third source EXCLUSIVELY shared. “Sure, he could have done stuff on Twitter or any other social media but she was ecstatic that she could have a breather. She hopes it taught him a lesson along with what Trevor Noah wrote. Kim wants Kanye to settle down with all the attacks, and she is hoping his temporary shut down will be the first part of him not going off the rails. It would make her so happy if she could just relax waking up and not have to hear what Kanye said about her, the family, or Pete.”
Kim Kardashian Thinks Kanye West Owes Trevor Noah An Apology – Hollywood Life
Share
Facebook
Twitter
Pinterest
WhatsApp
Telegram
RELATED ARTICLES
Africa