By Ronald Kabuubi
Saturday, 5 March 2022, 12:19
0
57
Share
Facebook
Twitter
Pinterest
WhatsApp
Telegram
341 Views
The Phoenix Suns have overcome more than just injuries and players missing games in the NBA’s health and safety protocols to have the NBA’s best record.
Video Player is loading.
Current Time 0:00
/
Duration 0:48
Loaded: 25.04%
0
Will the Suns stay on top of the West without Chris Paul?

Phoenix (50-12) reached 50 wins faster than anyone in the league amid the NBA’s investigation into team owner Robert Sarver’s conduct.

“That dark cloud is definitely over our heads, but at the same time, we have a job to do,” Suns veteran forward Jae Crowder said.

Start the day smarter. Get all the news you need in your inbox each morning.

“As players, when you sign that contract, you’ve got a job to win as many games as you can at the highest level that you can. I think we have a good focus on that and I think our coaching staff does a great job of just keeping us locked in on the goal and our goal is to win a championship at the end of the day.” 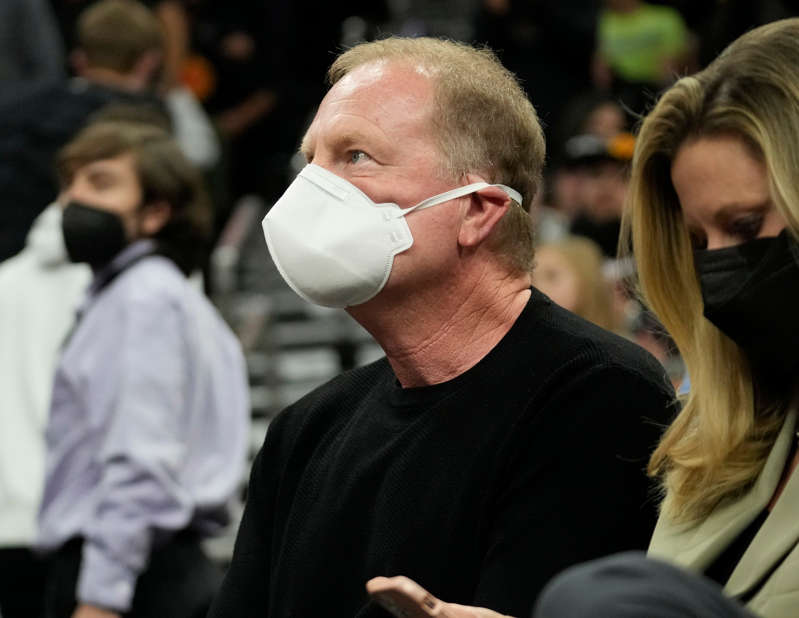 ESPN is reporting investigators with the firm of Wachtell, Lipton, Rosen & Katz are preparing to interview Sarver.

The NBA retained the law firm out of New York to lead an investigation in response to an ESPN report last November of allegations of racism and misogyny against Sarver, claiming he created a “toxic” work environment within the Suns’ organization. Sarver has denied the allegations and said he welcomed the league’s investigation.

Suns general manager James Jones said in a recent radio interview with 98.7 FM Arizona Sports that he hoped the investigation reaches a conclusion in the near future.

“It’s going,” Jones said. “I mean, the NBA, their timelines are their timelines, but we’ve been just business as usual. All that stuff will take care of itself, but we’re in good shape and hopefully, we’ll wrap up soon because we know these are important issues, but more importantly, we’re getting to that part of the year where we want to strictly be about basketball and I think we’ll be there soon.”

Current and former Suns employees told ESPN the lawyers have focused the investigative questions on “racially inappropriate or misogynistic behavior” from Sarver, who also owns the WNBA’s Phoenix Mercury franchise.

The Suns are currently without All-Stars Chris Paul (fractured right thumb) and Devin Booker (health and safety protocols).heading into Friday’s game against the Knicks.

Slide 1 of 128: March 3: Clippers guard Reggie Jackson gets fired up for a big fourth-quarter bucket in their win over the Lakers.
Full Screen
1/128 SLIDES © Gary A. Vasquez, USA TODAY Sports

Reports: Russia to observe ceasefire in 2 areas of Ukraine

The Maldives: From Lapping Waves to Bustling Cafes

‘Is there a Brutus in Russia?’: US senator calls on Russians to assassinate Putin

Ukraine to sell NFTs to fund war against Russia