Hundreds of Latin Americans return from Ukraine after invasion

© Reuters/MANUEL CLAURE People demonstrate against Russian invasion of Ukraine, in La PazQUITO (Reuters) – Close to 250 Ecuadoreans, many of them university students, arrived in the country on Friday after fleeing Ukraine following Russia’s invasion, joining hundreds of other Latin Americans who have evacuated.Thousands of people are believed to have been killed and more than 1 million refugees have fled Ukraine since Feb. 24, when Russian President Vladimir Putin ordered the biggest attack on a European state since World War Two.

Latin American countries have been coordinating flights from Ukraine’s neighbors like Romania, Poland and Hungary.

“This has marked our lives,” said Mercedes Sanchez, whose 18-year-old son Jorge Criollo arrived back in Quito on the Friday flight, after traveling through several Ukrainian cities that he said were under fire from Russian troops, crossing into Slovakia and later going to Budapest.

“My greatest fear was that my son would die there,” Sanchez told Reuters late on Thursday from her home in northern Quito.

Criollo is among hundreds of Ecuadorean students who chose to pursue university in Russia or Ukraine, where higher education is cheaper than in Ecuador.

Some 850 Ecuadoreans were registered as living in Ukraine, according to Ecuador’s Foreign Minister Juan Carlos Holguin.

Another evacuation flight will leave Friday for Quito from Warsaw and Holguin told local radio Ecuador is also working to bring over some 100 pets.

A total of 1,500 Ecuadorean citizens, including those living in border areas in Russia, may be at risk in the conflict, the government has said.

Forty-four Mexicans and 37 people of other nationalities, including 7 Ecuadoreans, arrived in Mexico on a flight from Romania in the early hours of Friday, Mexico’s foreign ministry said on Twitter.

Meanwhile, Colombia said some 248 of its citizens – most of the 293 registered as being resident in Ukraine – had evacuated as of Thursday. Another 26 are in the process of leaving, it added.

Chile says it has two reception centers in Poland, while 31 Peruvians had left Ukraine as of Wednesday.

Venezuelan opposition leader Juan Guaido said on Thursday 348 Venezuelans were living in Ukraine. The Venezuelan government has not given an official figure.

Hundreds of Latin Americans return from Ukraine after invasion (msn.com)

Reports: Russia to observe ceasefire in 2 areas of Ukraine 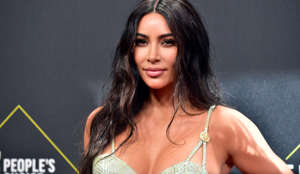