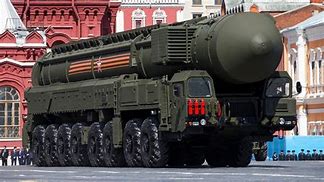 It is very bad for a big nation like Russia to invade a small country because the consequence of war is very devastating.

As a student of History, I would like to rewind you back to the 1979 war when Tanzania Defence Forces invaded my motherland Uganda, even the current generation still sees the impact of the war by another pseudo powerful country as many buildings like in Masaka, Mbarara were brought down, business closed and causing scarcity of basic necessities like salt, sugar etc. We therefore condemn a big country attacking a sovereign nation no matter the reason,there might not be any justification for that aggressiveness of war because life is too precious!

We thank the NRM government for building a new well-established nation, no matter how small and landlocked we are,no foreign country can easily disturb the peace of Ugandans and their stability in conducting regional trade, instead, it is Uganda that exports stability to its neighbours like Somalia,South Sudan, Congo etc.

ALSO READ: SEM JJUUKO MATTHIAS: How Can We Celebrate This Christmas?
This achievement does not come on silver plate,it is a well organised strategy by our leadership of General Yoweri Kaguta Museven and his administration.

We can now appreciate why we need to priotise our expenditure on defence and security that is intended to make us secure in the region, because without good defence and security,all our strategic investment like dams, bridges will be made for no reason as they will always be brought down by the enemy just like the case in Ukraine.

One of the indicators that attract FDI like Oil and Petroleum multinational contracts like CNOC and Total energies,is that they will first access the stability and safety of their investment of the host nation in medium and long terms. That alone determines our international credit rating which is a determinant of job creation in the country.

Death, injury, sexual violence, malnutrition, illness, and disability are some of the most threatening physical consequences of war, while post-traumatic stress disorder (PTSD), depression, and anxiety are some of the emotional effects.
So the Ukrain Russia war is a reminder to us where we come from,where we are and where we are heading.

Ben Ssebuguzi is a struggling entrepreneur, economist, and the Secretary-General of Uganda Poor Youth Movement (UPYM).

Do you have a story in your community or an opinion to share? Email us on: dailyexpressug@gmail.com Or Click Here join the Daily Express WhatsApp Group or join our Telegram Channel here to stay up-to-date.