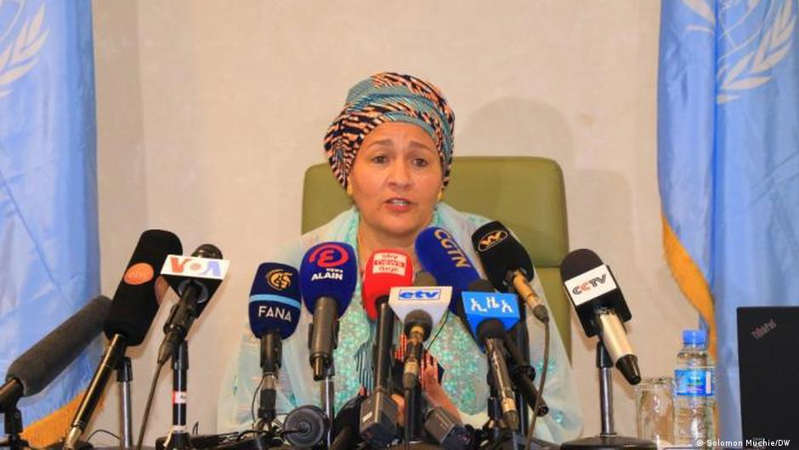 © Solomon Muchie/DW UN’s Amina Mohammed described her visit to Ethiopia as ‘incredibly emotional’Mohammed became the highest-ranking UN official to visit Ethiopia since the government launched an offensive against the militants in the Tigray region in 2020.

The UN number two was speaking to reporters in New York a day after returning from the East African nation.

During her five-day trip, she visited Tigray, Amhara, Afar, and Somali regions in Ethiopia. She met with Tigray’s leaders and Ethiopia’s prime minister and president.

My visit to Ethiopia was a journey of solidarity with the Ethiopian people.

The @UN will continue to prioritize urgent humanitarian support towards socio-economic recovery especially for women and children. pic.twitter.com/7okMI9I20m

Mohammed said she was left near tears after listening to the accounts of rape from Ethiopian women.

What did she say?

“Ethiopian women, writ large, were affected in a way that is unimaginable,” Mohammed said. “In your worst nightmares, you cannot imagine what has happened to the women in Ethiopia.”

She spoke to women who recalled their trauma, including being raped in front of their children.

Mohammed met a woman in Tigray who had been gang-raped over and over again. That woman had given birth to a son and was cast away from her family and society.

“There is everyone to blame” for the atrocities, Mohammed said, adding that “it’s unacceptable that one human being would do that to another.”

“Without a shadow of a doubt, justice and accountability have to be had,” she said.

She said that the warring parties “cannot achieve any lasting peace without reconciling and being held to account for the atrocities across the country.”

What’s the present situation in Ethiopia?

Ethiopia erupted into war in November 2020 after months of political tension between the Ethiopian government and Tigrayan rebels.

The conflict has claimed thousands of lives and pushed hundreds of thousands into famine.

Rights groups have accused fighters on all sides of widespread sexual violence.