Police at Parliament on Tuesday briefly detained Joyce Bagala, the Mityana District Woman Representative for allegedly sneaking in dozens of t-shirts for the opposition MPs to support their campaign against torture in the country. 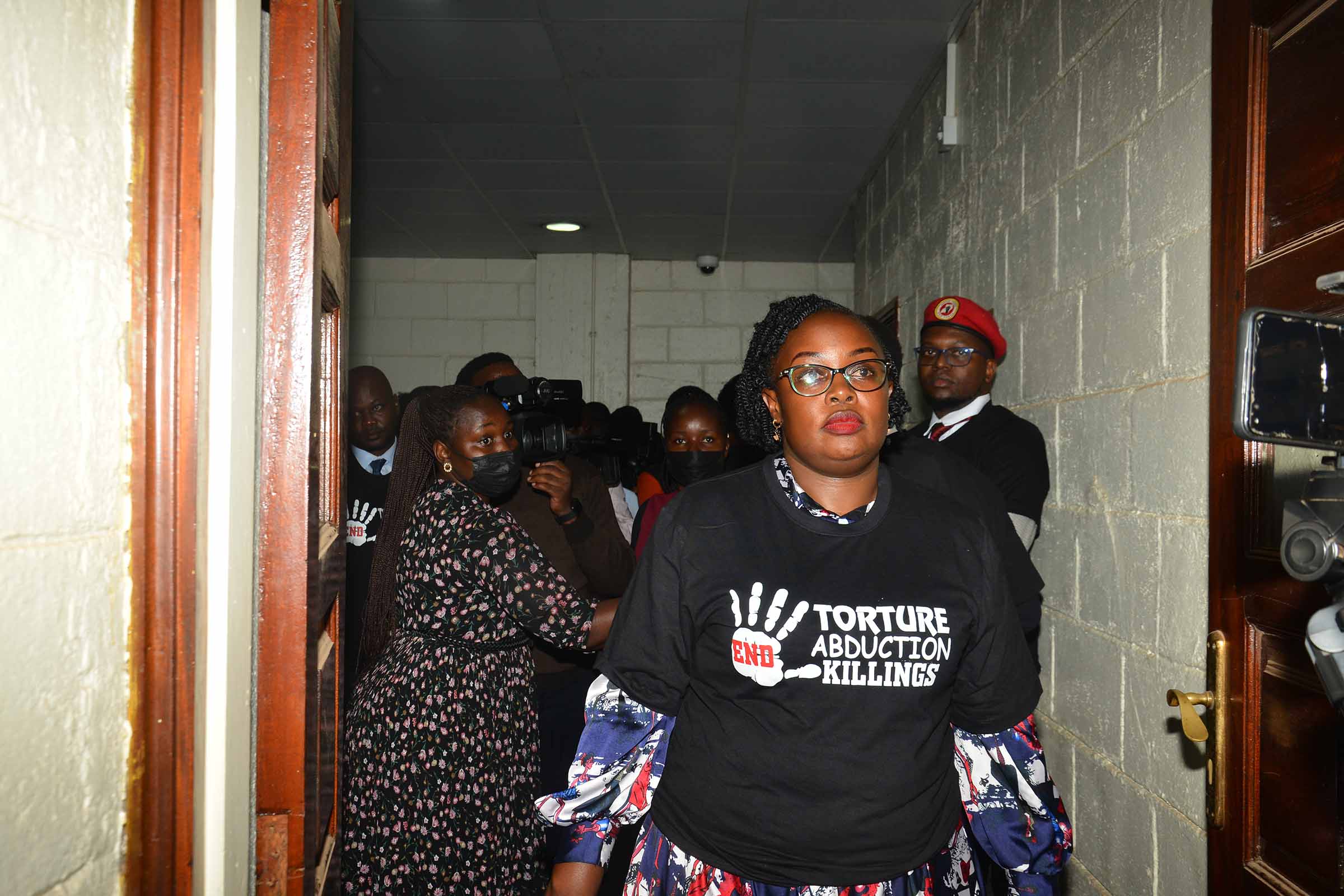 Hon. Joyce Bagala  after being released by Police at Parliament.

Over 150 t-shirts were printed with inscriptions ”end torture, killings and abductions” of citizens under security custody. 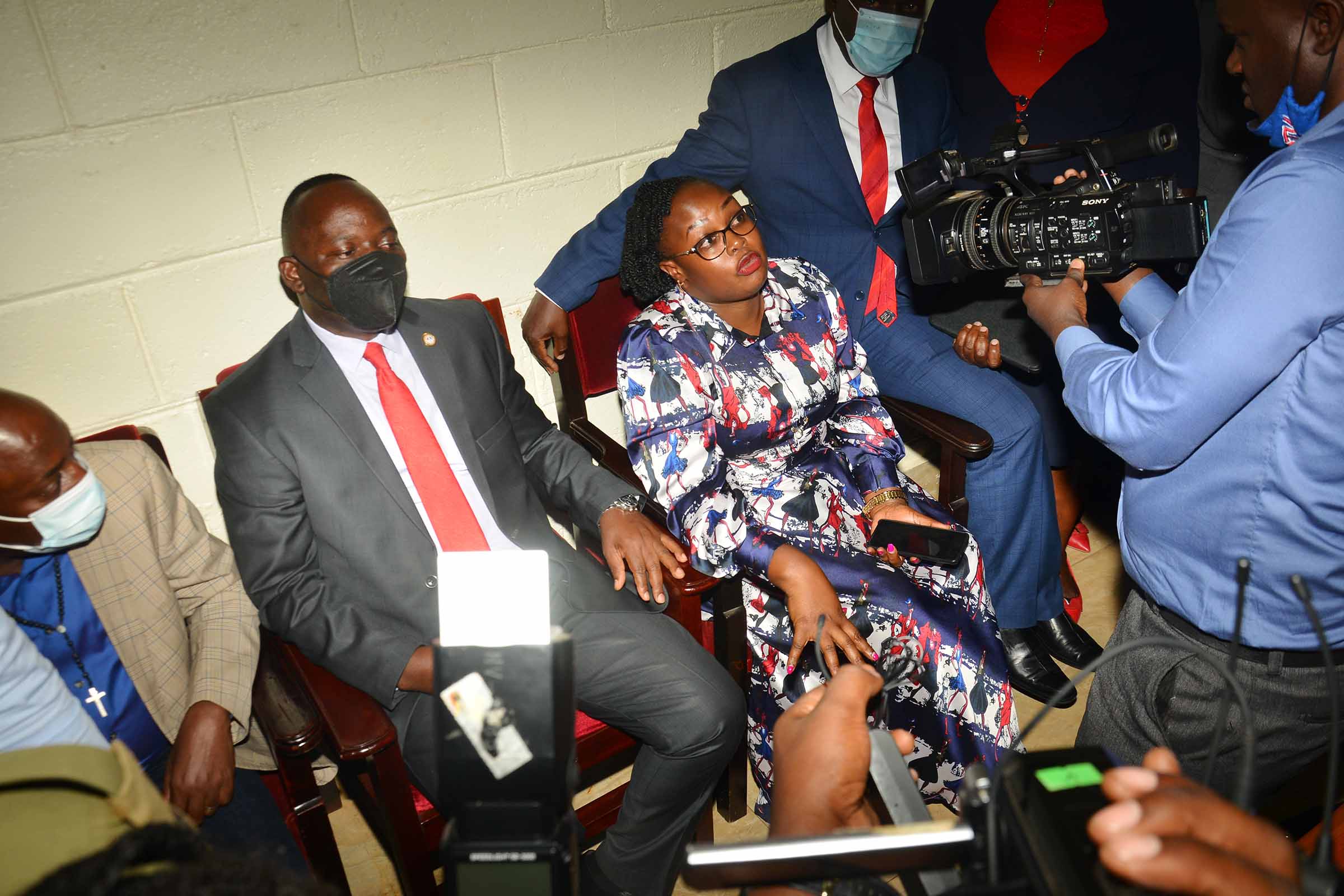 The leader of Oppostion in the Ugandan Parliament Hon.Mathias Mpuuga  (L) flanked by MP Joyce Bagala at the Parliamentary Police.Photo by Ronald Kabuubi/KMA Updates.

The police impounded the t-shirts shortly before the Leader of Opposition in Parliament, Mathias Mpuuga addressed the media on their intention to move a censure motion against Maj Gen. Jim Muhwezi, the Minister of Security for failing on his role and responsibility.

Bagaala, the shadow Minister for Information told journalists that she was intercepted by Parliament’s DPC Steven Agaba, and tried to force her to write a statement about the incident but she declined. On learning about the development, several other opposition MPs stormed the office forcing Agaba to bow to the pressure and order for the unconditional release of the MP.

Kiboga District Woman MP, Christine Kaaya Nakimwero and Shadow Minister for Water and Environment condemned the police arguing it is against their constitutional right to advocacy.

Kalungu West MP, Joseph Ssewungu said that the police is overworking itself and playing a partisan role of suppressing the rights of the people from denouncing the breach against the rule of law. 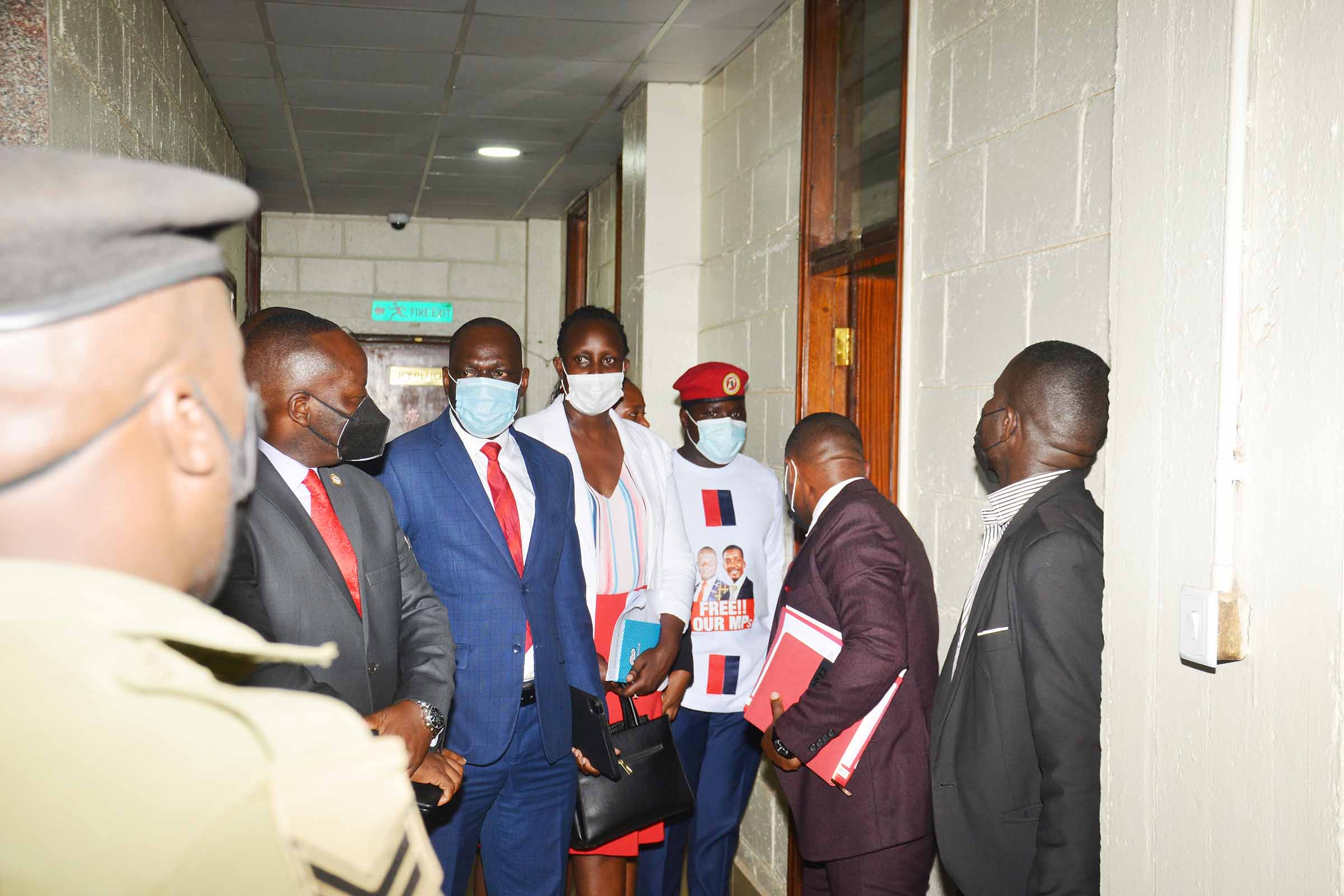 Opposition MPs camp at the Police Station in Parliament demanding for the release of their Colleague Hon.Joyce Bagala and T-shirts.Photo by Ronald Kabuubi/KMA Updates. 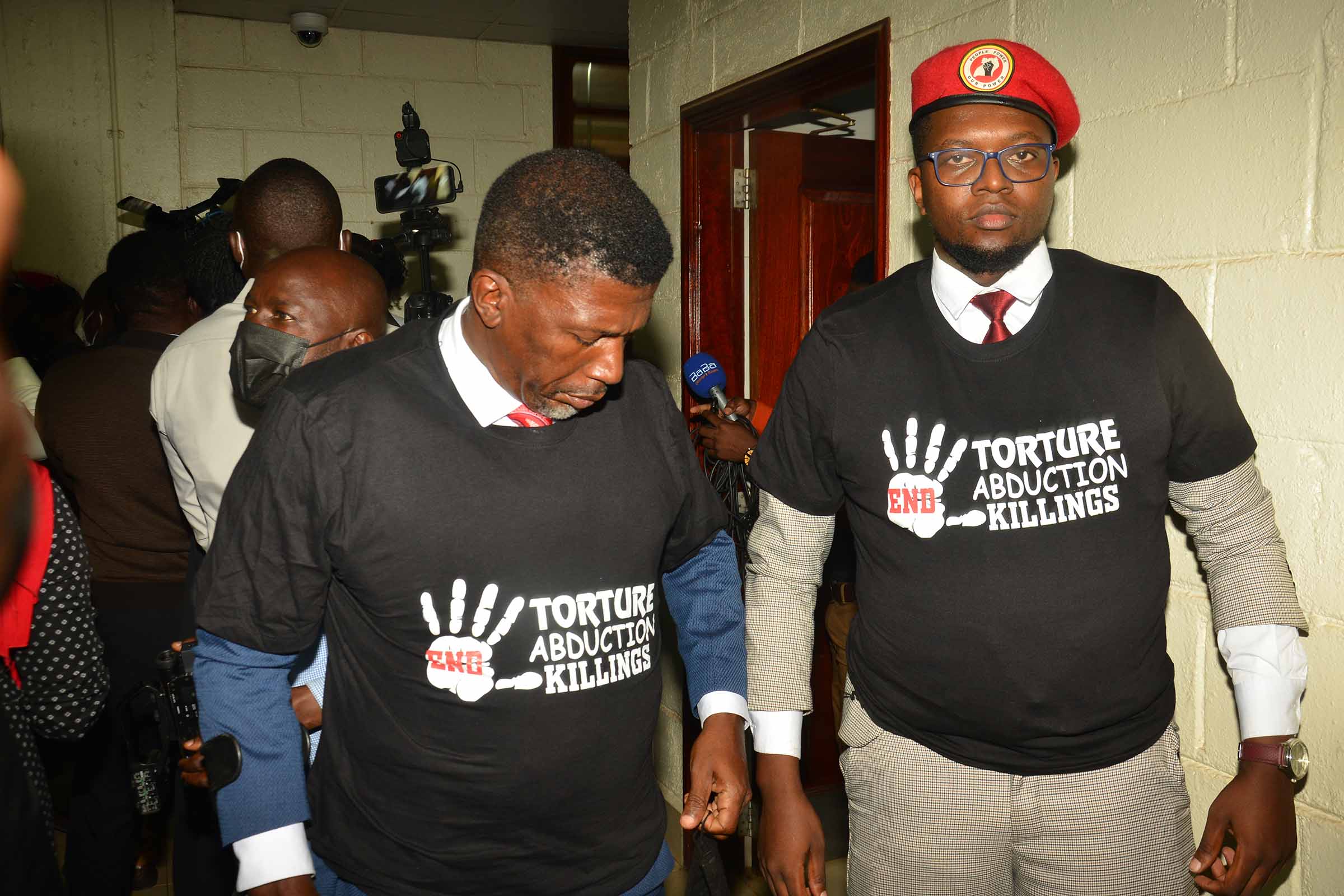 Makindye East MP, Derrick Nyeko noted that attempts to confiscate the t-shirts would not derail them from delivering their message against the government’s sustained cruel treatment against Ugandans.

On Monday, the European Union-EU Delegation called for a comprehensive investigation into the persistent torture cases and other human rights violations in the country.

Earlier on February 4, 2022, the US Mission in Uganda also issued a similar statement on the recurring accounts of forced disappearances, arbitrary detentions, and torture in Uganda