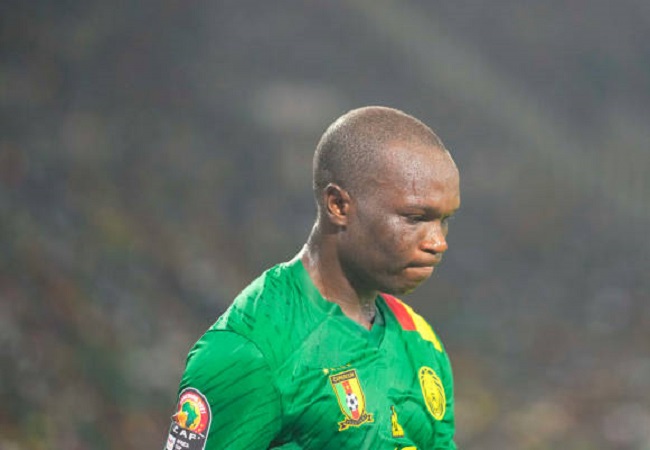 Hosts Cameroon lost to Egypt in the Africa Cup of Nations (AFCON) semi-final on penalty shootout goalless. The Indomitable Lions, however had a strong start to the game. But hey couldn’t take advantage of that, failing to score when they had the chance.

During the penalty shoot-out, Aboubakar was the only player to score for Cameroon, which wasn’t enough to get them through to the final stage.

After the loss, Al Nassr striker expressed his disappointment and frustration, having been knocked out at home.

“It’s a big disappointment. Cameroon organizes the tournament and is eliminated in the semi-finals.” Aboubakar said.

“Everyone wanted to do what they want and here is the result today. When we play collectively, we do good things.” Added the Lions’ skipper.

In the third-place decider,

Cameroon have another chance to stand third in their last game against Burkina Faso on Saturday.