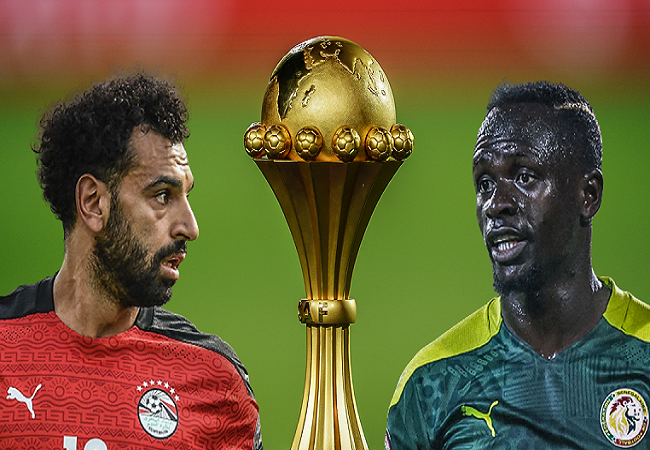 Egypt joined Senegal in the final of Africa Cup of Nations (AFCON) after beating hosts Cameroon on Thursday. This led Liverpool teammates Mohamed Salah and Sadio Mane to be in big clash for the continental title.

Sadio Mane was on the score-sheet and also provided an assist as Senegal saw off Burkina Faso 3-1 on Wednesday to seal their place in Sunday’s showpiece.

Meanwhile, Egypt overcame Cameroon on penalties after a goalless draw to confirm Salah’s clash with his Reds team-mate.

The battle between the two Liverpool stars is an intriguing subplot to the final, one which will split the club’s fan-base.

Some supporters will have their own reasons for wanting one Reds star to triumph over another. Some others are simply unable to split their loyalties.

As the meeting of the Mane and Salah in Sunday’s final was confirmed, Reds fans took to social media to react.

Some of fans’ reactions as following.

@dboetan7i: ‘Sunday’s AFCON final will be a classic. And it guarantees that one of Mané or Salah will win Africa’s biggest prize. I’m proud of these two Liverpool legends’

@Azeem17_LFC: ‘Mane to win because he lost the last one Salah to win it for Balon D’or shout Who should i support??’

@DAOLIF: ‘Everyone talking about Mo Salah and Mane The world truly revolves around Liverpool.’

@LFC_forevaa: ‘Mane and Salah will probably take the same jet back to liverpool. But the emotions are going to be so different.’

@lfc_tee66: ‘Salah and Mane facing each other in a few days, Carvalho deal is apparently done and Bellingham talks supposedly took place??? What a night for Liverpool Twitter.’

@jjosh_exe: ‘For confidence: I want mane to win For potential individual awards: I want salah to win For Liverpool: i just want neither of them to get injured.

@Dexter254C: ‘Senegal have a better all round squad. Sadio winning.’

Liverpool Fan-Base Split On Who Of Salah And Sadio To Win AFCON Title (africatopsports.com)