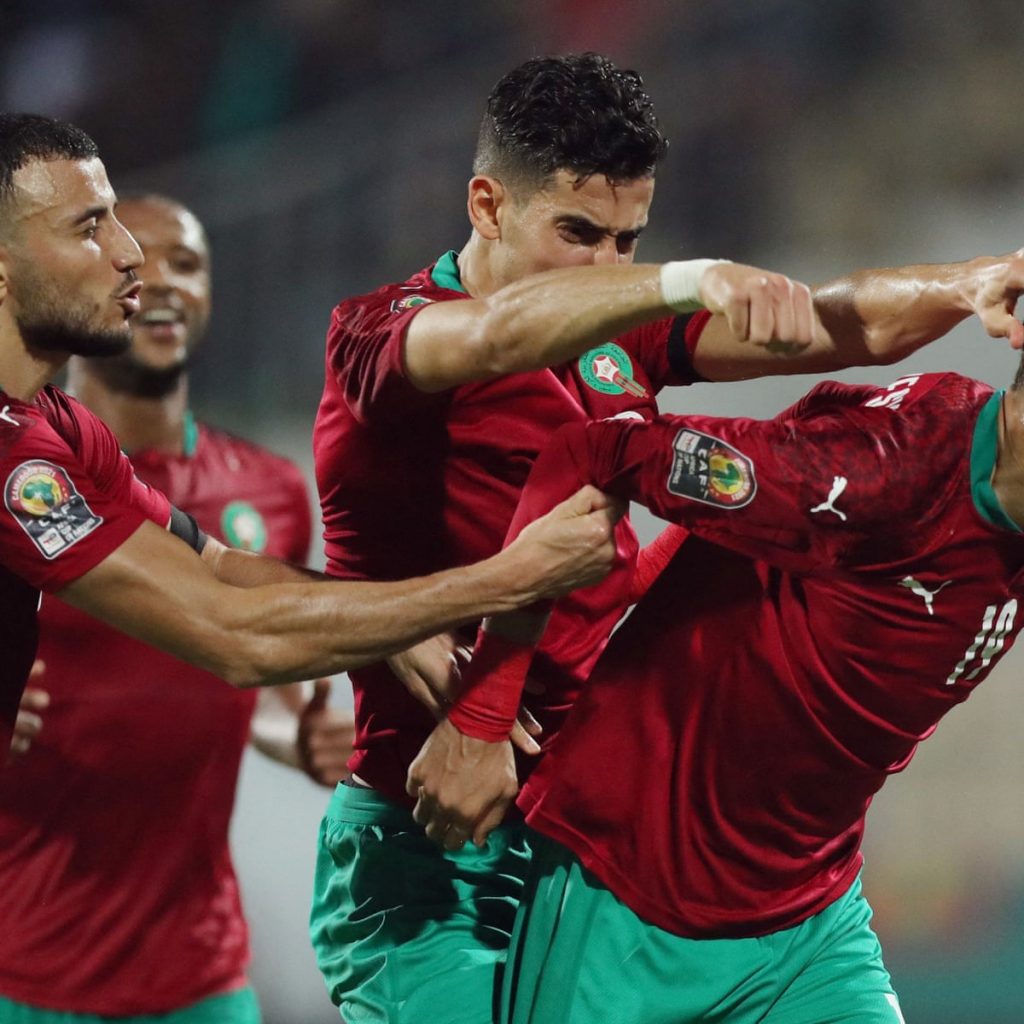 PSG right-back Achraf Hakimi’s second-half goal handed Morocco a 2-1 win over Malawi’s Flames at Ahmadou Ahidjo Stadium in a round of-16- AFCON match in Cameroon on Tuesday evening.

Malawi had gone into an early lead through Gabadinho Mhango’s wonder strike from long range in the seventh minute.

However, the Moroccans restored parity in the late minutes of the opening half through Youssef En-Nesyri’s header before winning the game to qualify for the quarterfinals.

In scoring the opener, Fransisco Madinga won the ball, passed to John Banda who then laid the ball into the path of Mhango.

The Orlando Pirates man shrugged off Hakim then arrowed his shot away and beyond Morocco goalkeeper Yassine Bono to give Malawi a shock lead.

It was an absolute goal of tournament contender.

It took Morocco 11 minute to get a sniff of the tagret with a long shot which Malawi goalkeeper Charles Thom smothered on second attempt after having dropped it earlier. Malawi then conceded a corner kick after deflecting Louza’s bullet.

Morocco came again as Hakim rolled the ball across the goalmouth only for En-Nesyri to turn and sweep his effort narrowly wide in the 19th minute.

In response, Malawi counterattacked with a long diagonal pass finding Mhango wide on the left wing where he controlled it with the right then shot with his left but missed the target in the 22nd minute.

Minutes later, goalkeeper Thom kept Malawi in the game when he dived to keep out Hakim’s swerving free kick, which had gone past the wall.

The Flames defender Lawrence Chaziya had fouled Boufal to give away the freekick on the edge of the box.

Boufal then threatened again after sending his effort crashing against the bar in the 33rd minute.

Eventually, in another Morocco attack, Thom dived low to deny Hakim before kicking away a Boufal shot just as it was about to cross the line.

Somehow, Malawi survived. Of course, not until in added time of the first half when En-Nesyri climbed past Madinga to head the ball into the net.

When play resumed, Morocco continued to pile the pressure. Little wonder, Hakim scored in the 70th minute to ensure that Morocco either Egypt or Ivory Coast in the quarterfinals this weekend.