© Mark Lennihan/AP Cardi B said she was “extremely proud to be from the Bronx” and that when she heard about the fire and the 17 people it killed, “I knew I needed to do something to help.”The Bronx native, whose legal name is Belcalis Almanzar, has also committed to paying the repatriation expenses for some of the victims who will be buried in Gambia, West Africa, according to a statement from the office of New York City Mayor Eric Adams.

Almanzar said she was “extremely proud to be from the Bronx” and that when she heard about the fire and the 17 people it killed, “I knew I needed to do something to help.”

“I cannot begin to imagine the pain and anguish that the families of the victims are experiencing,” Almanzar said in a statement, “but I hope that not having to worry about the costs associated with burying their loved ones will help as they move forward and heal.”

© Photographer: Scott Heins/Getty Emergency first responders remain at the scene on Jan. 9 after the Bronx fire that killed 17 people and injured more than 60.Eight children were among the 17 killed after the fire broke out in a 120-unit apartment building in the Bronx. The victims — who ranged from 2 to 50 years old — died of smoke inhalation, the medical examiner’s office said.

Community members and local activists quickly expressed anger over the fire, saying elements that may have contributed to the blaze — a defective space heater and a door that did not close automatically, allowing the fire to spread rapidly — would not be found in wealthier parts of the city.

In a video posted on Instagram to her 121 million followers, Almanzar pointed people to efforts by other artists and local radio stations to help cover expenses for the tenants displaced by the fire. “The funeral is just one of the things that they need help with,” she said.

“The resilience of this city reflects everyday New Yorkers who never turn their back on one another,” Mayor Adams said in a statement. “We are grateful for Cardi B, a real superstar on and off the mic, for granting some critical financial relief to families of the victims.”

US raises pressure on Russia 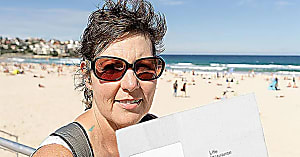 Over 50? Thousands Are Getting Life Insurance For A Fiver* 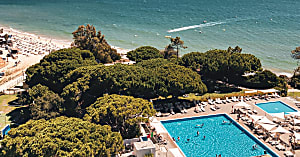