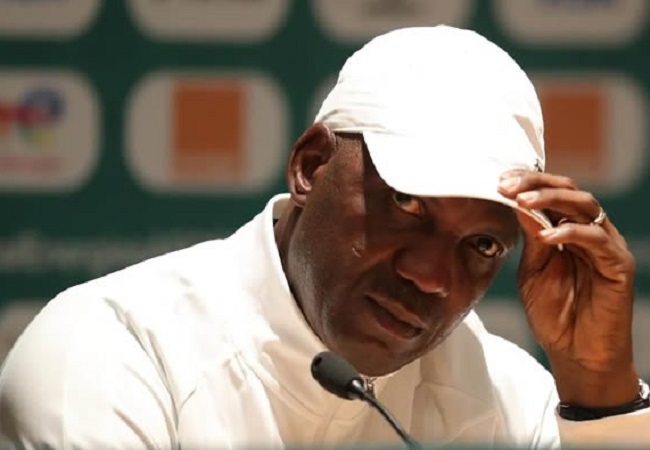 Nigeria progressed to the ongoing Africa Cup of Nations (AFCON) knockout stage with the best performance winning all the group stage games to finish top of their group with all the 9 points. For this, Super Eagles Interim Coach, Augustine Eguavoen, believes it unfair not to give credit to former coach, Gernot Rohr, for the team’s achievement in Cameroon.

Nigeria Football Federation (NFF) sacked Rohr for poor performance just before the commencement of the Africa Cup of Nations.

“I have been expecting this question. There is no way you won’t give credit to Gernot Rohr for the performance of the Super Eagles in this tournament. He qualified the team. And more than 90 per cent of the players were assembled by him. It is unfortunate things happened that way. But to be sincere, Rohr must be given some credit.” Said Eguavoen at the post-match conference shortly after the 2-0 victory against the Wild Dogs of Guinea-Bissau on Wednesday while responding to questions from journalists.

Despite the victory in the last group match against Guinea-Bissau on Wednesday, Eguavoen seems not impressed with the Super Eagles’ attack, especially in finishing off opportunities.

“We always create chances. But the problem is finishing them off. That is what we have to keep working on as we go further.” Added the interim coach.