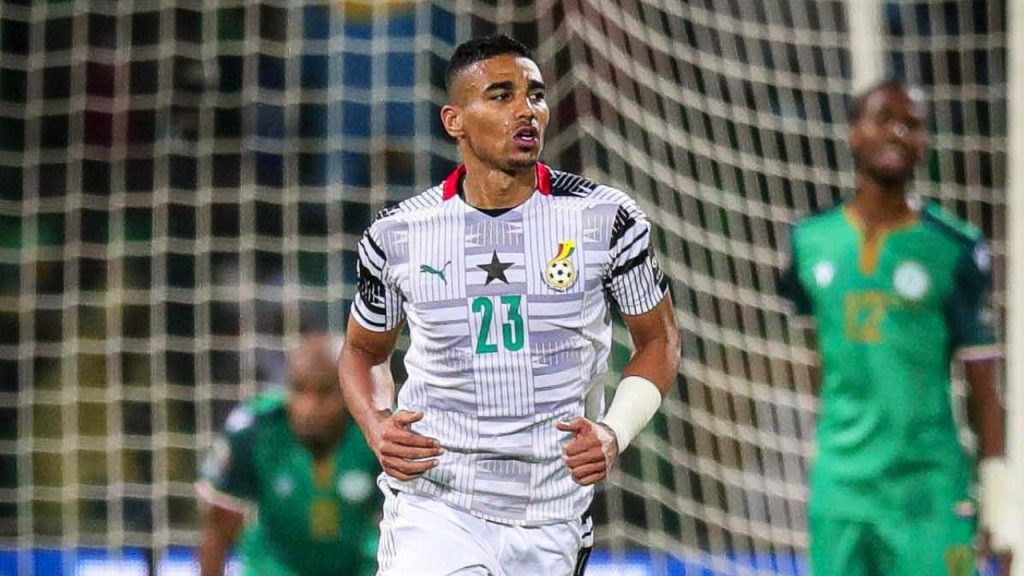 Racing Club Strasbourg centre-back Alexander Djiku who was one of the rare satisfactions in Black Stars awful AFCON 2021 campaign in Cameroon, sent apology to Ghanaians after their elimination from the group stage.

The 27-year old who only made his Ghana debut in October 2020 during a friendly game against Mali (0-3 loss) appears to be one of the key players among the Black Stars now.

The former Bastia defender formed a strong partnership with Daniel Amartey in the heart of the defence and always performed with serious.

And Djiku scored his first Ghana goal in Black Stars last game in AFCON 2021 against Comoros which ended in a 2-3 loss.

A day after the shock, the France-born defender took on to his social media to apologize to Ghanaians and say he and his teammates mus stay focused ahead of World Cup play-off round in March.

“Words will certainly not be enough to erase the frustration”, Alexander Djiku wrote on his Twitter account.

“We are disappointed and also sorry for our Ghanaian people to have failed at this stage of the competition.

“We must stay focused because qualifying for the World Cup must motivate us more than anything.”