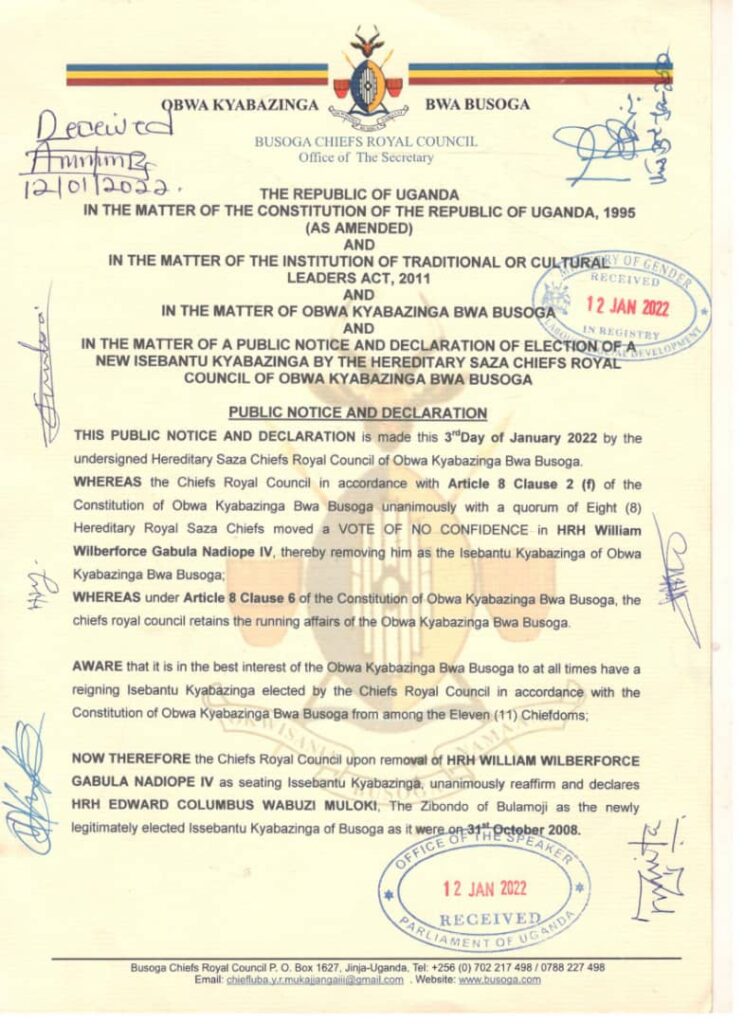 The Kingdom of Busoga has dismissed as false a letter making rounds on social media indicating that the royal council of chiefs had fired Kyabazinga Gabula Nadiope and replaced him with Edward Columbus Wambuzi, the Zibondo of Bulamogi.

According to the letter, the decision to fire the king was reportedly made by a quorum of eight royal chiefs on January 3rd in accordance with article 8 clause 2(f) of the constitution of the Busoga Kingdom.

However in a statement issued this afternoon by the kingdom premier, Dr Joseph Muvawala, maintains that Nadiope is still their king adding that the purported dismissal letter is misleading, illegal, and intended at creating confusion and disunity in the kingdom.

He adds that once elected, the king reigns till death.

Muwavala has further asked the general public to remain calm and reassures that any similar developments shall be dealt with and managed.