Skip to content
18 Views
The President, Major General Muhammadu Buhari (retd.), has expressed hope that God will listen to Nigeria’s prayers on insecurity, insisting that his regime has done its best on security and will continue to do more by pursuing policies to deal with terrorism. 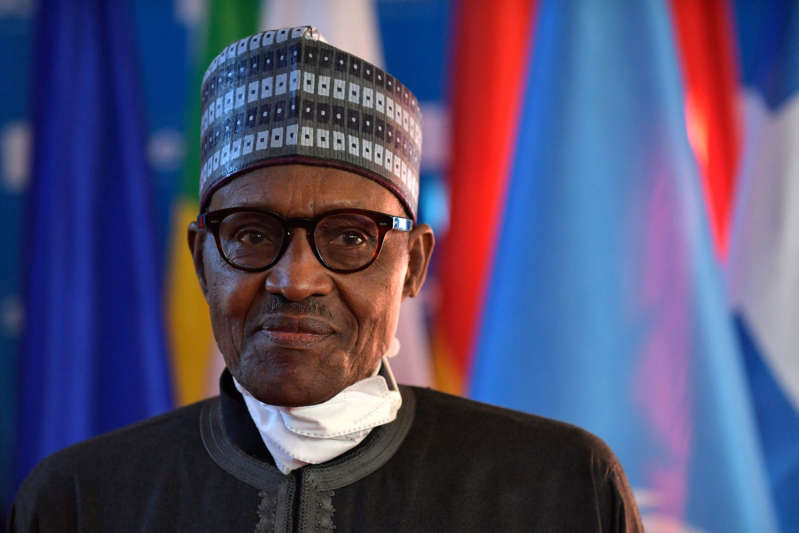 © JULIEN DE ROSA/POOL/AFP via Getty Images FILE – Nigeria’s President Muhammadu Buhari poses as he arrives for the 75th anniversary celebrations of The United Nations Educational, Scientific and Cultural Organization (UNESCO) at UNESCO headquarters in Paris on November 12, 2021.This was as he urged Nigerians to be fair to his government in assessing the insecurity in the country by reflecting on what obtained when he took over in 2015. He said the North-West which had given the nation some “headache” would experience a turnaround for the better.Buhari spoke on Friday during a visit by the Grand Khalifa of the Tijjaniyya Islamic Movement World-Wide, Tidjani Ali Bin Arabi, to the State House, Abuja.The President urged citizens to show interest in their safety and complement what the government was doing.

He added, “We have done our best, and we will continue to do more by pursuing coherent and consistent policies to deal with terrorism. I hope God will listen to our prayers.”

Buhari thanked Governor Abdullahi Ganduje of Kano State for inviting the Grand Khalifa to come and pray for the peace and stability of Nigeria.

Ganduje, accompanied by the Emir of Kano, Aminu Ado-Bayero, and the leader of the Tijjaniyya Islamic Movement in Nigeria, Sheikh Dahiru Bauchi, said the state government invited the Tijjaniyya World Leader to the country to lead faithful in prayer considering the complexities around the insecurity in the country.

He said the visit of the Grand Khalifa rekindled the old ties between the Tijjaniya and many cultural and educational institutions in Nigeria.

Arabi and Bauchi extolled the cordial relations between Nigeria and Algeria as they prayed for guidance and blessings for the country and its leaders.

Ganduje later told State House Correspondents, “We invited him and his team to pray for the peace, stability and prosperity of Kano State and Nigeria. We are all aware of the security challenges we are having, the federal and state governments, we are all doing our best.

“To round it up, we decided to visit Mr President. They prayed for him and indicated the importance of the relationship between Algeria and Nigeria and their continued cooperation in prayers for peace and stability.”

The governor added that the delegation constituted a committee to consider education, commerce, and agriculture issues.

Asked about any sustainable structure to resolve the Almajiri issue in his state, he noted that Kano had the highest number of Almajiri in Nigeria but noted that there were regulations to prosecute the parents of Almajiri and out-of-school children.

“We have taken statistics; most of these Almajiri are not indigenes of Kano State, and as Nigerians, they are free to live anywhere they want in this country. We have introduced free and compulsory primary and secondary education in Kano State. We have built many Islamiya schools. We have reformed the Almajiri system of education.”

He said the state had an agency repatriating Almajiris to their states and some to Niger Republic and Cameroon. He said only a universal legislation could permanently prevent the movement of school-age children from one state to another.

I hope God listens to our prayers on insecurity –Buhari (msn.com)