Novak Djokovic had put the Australian Open at risk and made other tennis players “look like fools” after travelling to Australia unvaccinated, world number four Stefanos Tsitsipas said Thursday.

The Serbian world number one, top seed and defending champion is looking to secure a 10th Australian Open title at Melbourne Park — it gets underway next Monday — and an unprecedented 21st Grand Slam crown.

But the vaccine-sceptic’s fate remains uncertain with Australia’s government pondering whether to revoke his visa again and throw him out of the country for breaking Covid protocols.

“For sure he has been playing by his own rules,” Tsitsipas said in an interview with Indian broadcaster WION.

“It takes a lot of daring to do and (is) putting a Grand Slam at risk… I don’t think many players would do that.”

Tsitsipas, who lost to Djokovic in last year’s French Open final, said nearly everyone at the Melbourne tournament had been vaccinated.

Others, he said, “chose to follow their own way which kind of makes the majority look like they’re all fools.” 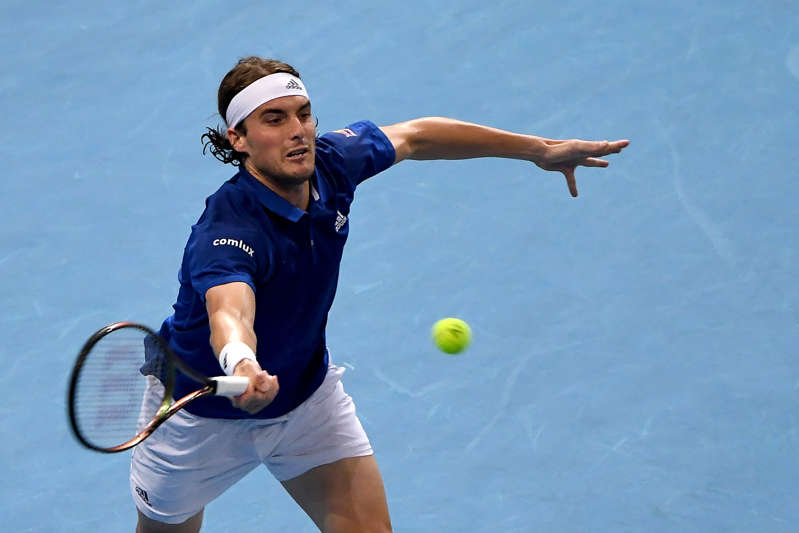 Djokovic flew into Melbourne airport on January 5 carrying a vaccine exemption because of a claimed positive PCR test result on December 16.

Border agents rejected his exemption, saying a recent infection was an insufficient justification, tore up his visa and placed him in a detention centre.

But Djokovic’s high-powered legal team overturned the visa decision in court on Monday on a procedural matter related to his airport interview.

Australian Prime Minister Scott Morrison said Thursday no decision had been made on whether to revoke Djokovic’s visa a second time.

Djokovic was nonetheless included in the first round draw of the Australian Open the same day.

Even if he is allowed to stay, there are questions over his preparations and fitness for the gruelling two-week tournament after he was forced to spend four nights in the detention facility.