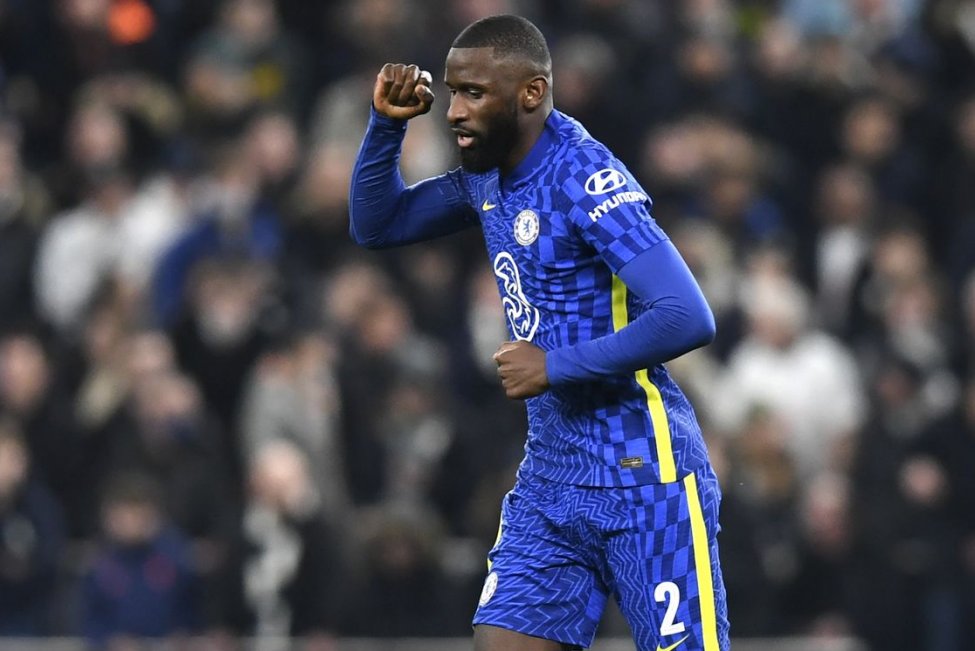 Leading 2-0 from last week’s one-sided first leg at Stamford Bridge, defender Rudiger gave Tottenham a mountain to climb when he bundled home from Mason Mount’s corner in the 18th minute.

Tottenham battled hard in search of a route back into the tie but it was not to be their night as two penalties awarded either side of half time by Andre Marriner were both overturned after video assistant referee (VAR) interventions.

To rub salt into their wounds Harry Kane also had a goal ruled out for offside after yet another VAR check.

Chelsea, who faces Manchester City in the Premier League on Saturday, eased off in the second half but was comfortable enough in the end and will try to claim the League Cup for a sixth time in the final against Liverpool or Arsenal.

Liverpool hosts Arsenal in the first leg of their semifinal on Thursday.

“We’re happy with the result. In the first half, we were the better team and we deserved to be up,” Chelsea manager Thomas Tuchel said. “We lost concentration and lost focus in the last 15 minutes of the first half and again in the second half.

“We were almost punished for lack of focus.”

Tottenham’s fans were in full voice early on, believing in a repeat of the night 20 years ago when their team crushed Chelsea (5-1) in the League Cup semifinal second leg having lost the opener 2-1.

There was to be no repeat though as Tuchel’s Chelsea are far more robust than Claudio Ranieri’s version and after settling into their rhythm the gulf in class acknowledged by Spurs manager Antonio Conte last week was evident again.

They were too quick for Tottenham and Romelu Lukaku forced a fine save from Spurs keeper Pierluigi Gollini after chesting down a long pass before Malang Sarr then had a shot blocked by a sliding Giovani Lo Celso.

Chelsea did not have to wait long to take complete control.

A corner was swung in by Mount and Gollini, surprisingly selected instead of Hugo Lloris, got nowhere near it, and the ball went into the back of the net off Rudiger.

Tottenham barely got a kick for the next 20 minutes but did finish the half strongly with Pierre-Emile Hojbjerg having a shot deflected wide before Tottenham thought they had been awarded a penalty as Rudiger chopped down Hojbjerg.

Even that potential lifeline was snatched away though as referee Marriner was over-ruled by VAR, with the offense having taken place just outside the area.

Incredibly Marriner awarded Tottenham another penalty in the 54th minute when Chelsea keeper Kepa Arrizabalaga came out to block Lucas Moura who had been played through by Kane.

This time, after checking a pitchside monitor, he changed his mind as Arrizabalaga had clearly won the ball first before Moura tumbled over his leg.

To their credit, Tottenham showed more passion in the second half with Chelsea becoming a little sloppy and Arrizabalaga made a flying save to claw away Emerson Royal’s header.

Tottenham realized the game was up though when Kane lashed home in the 63rd minute but once again VAR rescued Chelsea with the England striker adjudged marginally offside. — Reuters