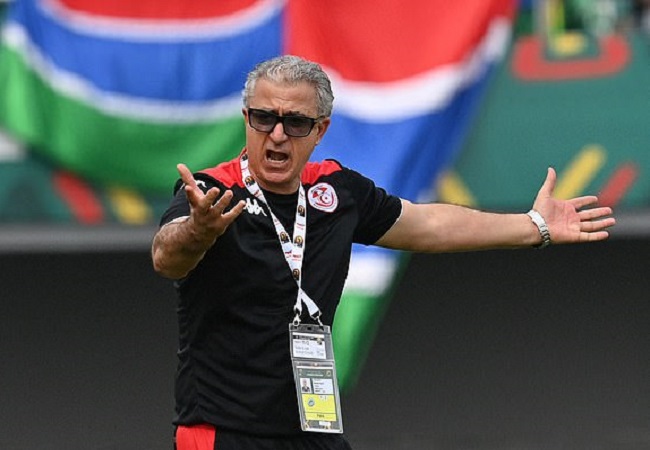 Tunisia have appealed to replay their Africa Cup of Nations Group F match against Mali after the game ended in a controversial 1-0 defeat.

That was despite lengthy VAR checks for Kone’s penalty and a Tunisia spotkick that Wahbi Khazri missed, which were expected to see added time added on at the end of the game.

Mali coach Mohamed Magassouba’s post-match press conference was later interrupted as it was announced the final three minutes of the game would be played.

About 40 minutes later the Mali players and officials returned to the pitch. But the Tunisian players refused as they had reportedly already had their ice baths.

Tunisia’s refusal to return to play the remainder of the game led to Sikazwe blowing his whistle once again to call off the match, meaning the 1-0 victory for Mali will stand.

In the aftermath, Tunisia coach Mondher Kebaier slammed the decision as ‘inexplicable‘. And according to beIN SPORTS, the nation have now called for the game to be replayed.

Should the 1-0 result stand, Mali will be in a strong position to advance into the knockout stages of the competition for the second tournament running.

“At the 85th minute he blows final whistle. Again at 89th minute. There was supposed to be 7-8 minutes of additional time. His decision is inexplicable.

“The players were taking ice baths for 35 minutes before they were called back out again.“I’ve been coaching for a long time never seen anything like it. Even the 4th referee was preparing to lift the board and then the whistle was blow.” He added.

Tunisia Launch Appeal For AFCON Clash Against Mali To Be Replayed (africatopsports.com)