Accepting her reappointment, Mohammed wrote on Twitter, “I am deeply humbled to serve a second term as UN Deputy Secretary-General alongside @antonioguterres. 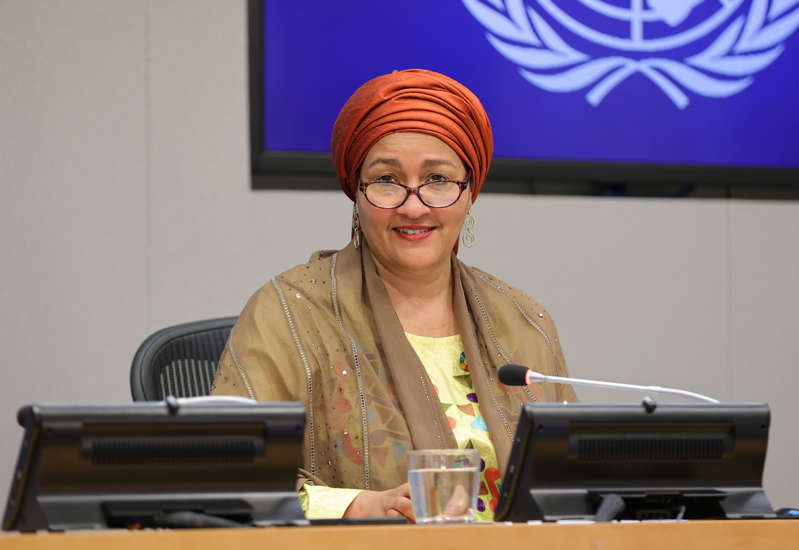 Portrait of Amina Mohammed, Deputy Secretary General, at the United Nations headquarters, New York City, New York, September 17, 2020. (Photo by EuropaNewswire/Gado/Getty Images)“I begin this new term as a proud Nigerian woman with renewed hope in human solidarity and determination to keep the promise of the #SDGs. We will leave no one behind.”

The Secretary-General, Antonio Guterres, who appointed Mohammed, expressed his appreciation for the deputy secretary-general’s leadership of the UN Sustainable Development Group and her determination to reinforce collective results and maximise the impact of the UN development’s system on the ground.

“From our robust response to the socio-economic effects of the COVID-19 crisis; through a boost in climate action and unprecedented momentum for financing for development; to her strong emphasis on coherence across humanitarian, political and development action – her role was instrumental in keeping the SDGs alive at country level and protecting the Paris Agreement, despite significant headwinds,” he said.

Prior to her appointment in 2017, Mohammed served as Minister of Environment of the Federal Republic of Nigeria, where she steered efforts on climate action and efforts to protect the natural environment.

Meanwhile, the President, Major General Muhammadu Buhari (retd.) has felicitated Mohammed on her re-appointment for a second term, and assured her of the prayers and support of Nigerians, especially the Federal Executive Council, where she served for some years.

A statement by the Special Adviser to the President on Media, Femi Adesina, said Buhari appreciated Guterres for the confidence reposed in the former minister by giving her another opportunity to serve the global body and humanity, which further enhanced the voice and presence of Nigeria.

The statement read in part, “Buhari notes that Mohammed’s dedication to duty has always been exceptional, and her interest in improving the livelihood of people through personal and institutional efforts continues to stand her out, affirming that the UN deputy secretary general remains an inspiration to many women in Nigeria, Africa and the global community.

“The President joins family, friends and associates of the renowned technocrat and diplomat in celebrating the well-deserved re-appointment, wishing her all the best on the next rung of the leadership ladder.”

By the reappointment, the ACF said Mohammed had proven to be a woman of substance and rewards not only to the North, but to Nigeria, Africa and the world.

The ACF, through its National Publicity Secretary, Emmanuel Yawe, in a statement in Kaduna on Tuesday, said it was proud of Mohammed while she worked in Nigeria before being exported to the UN.