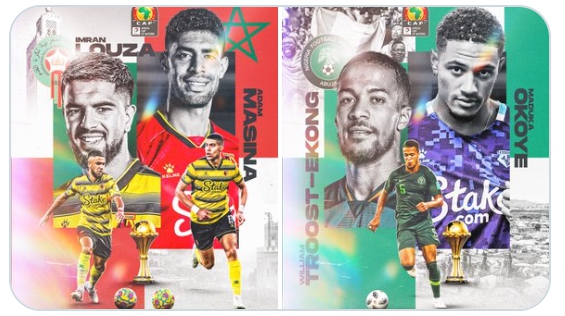 Watford FC have sent good luck message to all their players participating at the ongoing 33rd Africa Cup of Nations in Cameroon.

The Hornets parade most Africa players in their team including Super Eagles duo William Troost-Ekong and Maduka Okoye.

Troost-Ekong and Okoye are expected to be in action for the Super Eagles on Tuesday in their Group D opener against Egypt.

The club refused to release their teammate Emmanuel Dennis. due to claims that the invitation letter came late.

Watford also wished Moroccan stars Adam Masina and Imran Louza all the best ahead of today’s group opener with Ghana.

“Good luck to our Hornets in Africa Cup of Nations action over the coming weeks!”.

Meanwhile, Adam Masina and Louza Moroccan side defeated Ghana by a lone goal in Group C encounter on Monday.