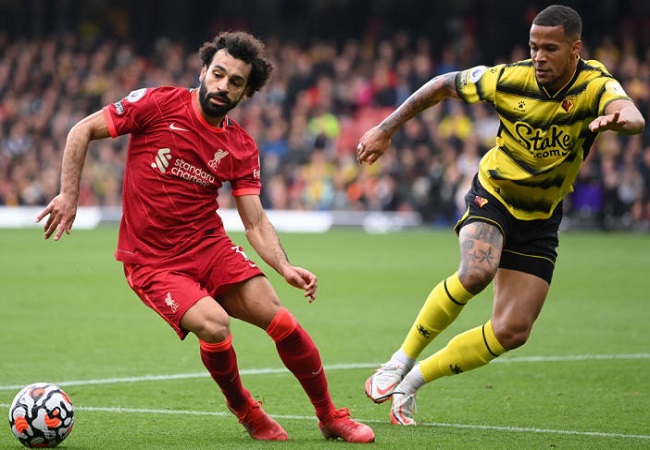 The 2022 Africa Cup of Nations (AFCON) will kick off in Cameroon within 24 hours while Nigeria are set to play their opening game on 11 January against Egypt. And Super Eagles defender, William Troost-Ekong, expressed him mind about playing against Egypt’s Mohamed Salah in the competiton.

Salah has been in great form this season with the Reds, having already scored 23 goals in 26 games across all competitions. And the Liverpool superstar even made the final three-man list for FIFA’s The Best Award.

Despite the difficulty of the task ahead, Super Eagles centre back Troost-Ekong believes they can contain the two-time Premier League Golden Boot winner.

“I hope he stays as far away from us and our goal as possible.” The Watford defender told BBC’s Football Focus.

“This season he’s obviously been on fire. And we all know how good he is. But at the same time I’m very confident in our team.” He added.

Nigeria were placed in a tough Group D alongside Guinea-Bissau, Sudan and seven-time African champions Egypt.