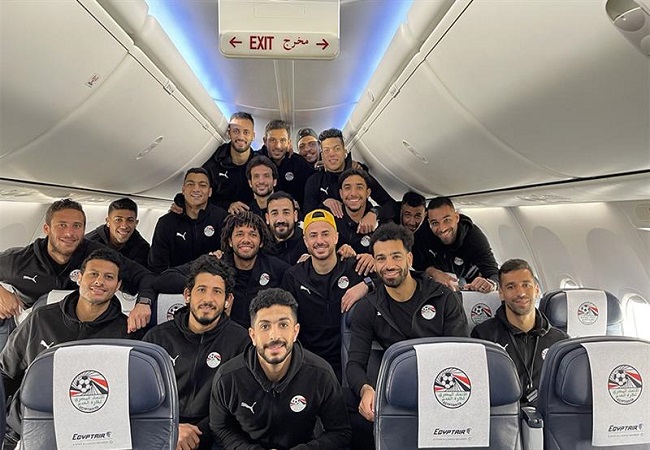 As rescheduled, Egypt’s national football team flew to Cameroon on Saturday morning for the 2022 African Cup of Nations (AFCON) that kicks off on Sunday.

The seven-time African champions will be playing in Group D alongside Nigeria, Sudan and Guinea Bissau. The Pharaohs will begin their 2022 AFCON campaign with a clash against the Nigerian Super Eagles on 11 January.

According to a statement by the Egyptian Football Association (EFA), the 26-man squad includes Smouha striker Marwan Hamdy who was called up from the backup list.

Also Enppi’s defender Marwan Dawoud will be heading to Cameroon after being called by coach Carlos Queiroz late on Friday as a replacement for Pyramids FC’s injured left-back Mohamed Hamdy.

Meanwhile, goalkeeper Mohamed Abo Gabal and goalkeepers’ coach Essam El-Hadary, who have tested positive for COVID-19 on Friday, will be joining the team later in Cameroon once they recover according to the EFA’s statement.

The Pharaohs will try their first training session in Cameroon on Sunday morning.