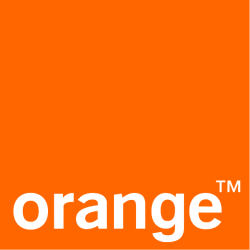 Orange, a major partner of African football since 2008, is the official sponsor of the AFCON for the 7th time in a row

DOUALA, Cameroon, January 6, 2022/ — The Total Energies Africa Cup of Nations Cameroon 2021 is a major event on the continent and this year’s edition is eagerly awaited following its postponement in 2021 due to the Covid crisis. In the lead up to the big event and as official sponsor, Orange (www.Orange.com) has held a series of ‘Orange Sponsors Change’ regional football tournaments across its footprint enabling 12-13 year olds to play football and collect plastic waste in exchange for rewards and the chance to be celebrated during the AFCON final on February 6th. All the regional tournament winners will then be invited to the International final of ‘Orange Sponsors Change’ next spring for an unforgettable experience.

The competition, running from 9th January to 6th February 2022, will be held in six stadiums in five cities across the country. Out of the 24 teams that have qualified, 11 belong to a country where Orange is present: Cameroon, Ivory Coast, Burkina Faso, Egypt, Guinea, Guinea Bissau, Sierra Leone, Mali, Morocco, Senegal and Tunisia.

Passion with a purpose – the genesis of “Orange Sponsors Change”

The Total Energies Africa Cup of Nations Cameroon 2021 provides Orange with an opportunity to reiterate its environmental commitments. Plastic waste is now one of the world’s biggest problems and Orange believes it can play a role in combating this issue.

“Orange Sponsors Change” is a unique program which was first launched 2018 in Liberia and Cameroon and then successfully extended in 2019 to Egypt and Tunisia. With fans’ passion for football and a participative approach at its core, ‘Orange Sponsors Change’ gives all football fans and young players the opportunity to enjoy their passion for football whilst having a positive impact on their communities and the planet. Fans are encouraged to collect and recycle their plastic waste via recycling bins during the tournaments, and in return for their recycling efforts, Orange works with local companies to recycle the plastic collected and return them to fans and their communities in the form of soccer jerseys, balls and even soccer fields constructed exclusively from recyclable materials.

This first Pan-African edition encouraged 12-13 year-olds to participate in local qualifying tournaments while collecting plastic waste, and the first local tournaments mobilized thousands of young people and their families and achieved tonnes of plastic waste collection, for example:

The stadiums will be filled with Orange tap taps enabling fans to support their team and share their passion. This year all the tap taps will no longer be made of plastic but recycled biodegradable potato starch, reflecting Orange’s commitment to the reduction of plastic waste. In addition Orange will be providing young players across it’s footprint with 20,000 balls made from recycled rubber, so they can continue to enjoy their passion for football long after the big event.

Béatrice Mandine, Executive Director of Communication, Brand and Engagement said: “At Orange, we support major sporting events in the countries where we operate by placing the focus of our strategy on the fans: we offer them the means to enjoy their passion. “Orange sponsors change” adds another brick to this promise: combining passion for football and commitment to the environment. It is a great action that will leave a positive legacy”.

Alioune Ndiaye, CEO of Orange Africa and the Middle East, explains: “Africans are very passionate about football. Orange Sponsors Change helps raise awareness among young people about environmental issues through football; this is great proof of the Orange Group’s commitment to society and the planet.”

Distributed by APO Group on behalf of Orange.

Orange is listed on the NYSE Euronext Paris (symbol ORA) and on the New York Stock Exchange (symbol ORAN).

For more information on the internet and on your mobile: www.Orange.com, www.Orange-business.com, or follow us on Twitter: @orangegrouppr.

Orange and any other Orange product or service names included in this material are registered trademarks belonging to Orange or Orange Brand Services Limited.