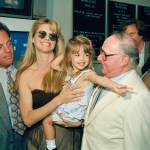 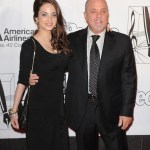 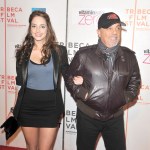 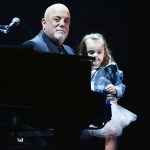 The ‘Piano Man’ singer has three beautiful daughters, one whom he shares with Christine Brinkley and the other two with his current wife, Alexis Roderick

Billy Joel, 72, is a legendary American pianist, singer-songwriter and composer. The native New Yorker was born in the Bronx on May 9, 1949, and raised on Long Island in Hicksville, New York. His passion for music started at a young age when the “Piano Man” first laid his hands on the keys. From there, he quit high school to pursue his music career. After playing around with a number of bands, he embarked on his solo career and signed a contract with Columbia Records in 1972. He continued to write new music for the next 20 years, producing hits like “Uptown Girl,” “New York State Of Mind” and “Movin’ Out.”

As far as his love life goes, the Kennedy Center Honors recipient first married Elizabeth Weber Small in 1973, but the two divorced in 1982. After a brief relationship with Elle Macpherson, he went on to wed Christie Brinkley in 1985. They had their first and only child, Alexa Ray Joel later that year. Their marriage lasted for nine years and they filed for divorce in 1994 while remaining on amicable terms. After his five-year marriage with Katie Lee, he started dating Alexis Roderick in 2009, and they recently tied the knot in 2020. They expanded their family in 2015 with their daughter Della Rose Joel, 6, and welcomed Remy Anne Joel, 4, into the world two years later. Find out more about Billy Joel’s three daughters below.

Alexa Ray Joel is Billy Joel’s first-born daughter. Billy and his second ex-wife, Christie Brinkley, welcomed Alexa into the world on December 29, 1985. The 36-year-old found her home in the entertainment world just like her father and identifies as a singer-songwriter and classical pianist on her Instagram bio. She recorded her first album titled Sketches in 2006 and most recently released her single “Seven Years” in 2021. Alexa also branched out into acting and is credited with playing the guest role of Alan’s Wife in Family Guy. She also has appeared in a number of her father’s music videos including “The River of Dreams,” “A Matter of Trust” and most recently, the remake “NYCNext: New York State of Mind.” 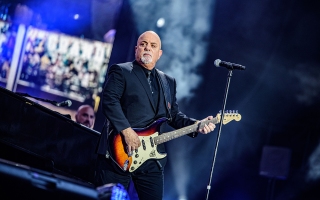 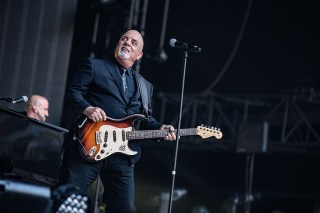 Astonishingly enough, Alexa Ray had no idea how famous her parents were when she was growing up. During an interview with New York Magazine in 2010, Alexa expressed, “My parents tried to shield me from how famous they were when I was growing up on Long Island. I had no idea.” She added that she just figured her parents were “popular” when people frequently approached them.

Della Rose Joel is his current wife, Alexis Roderick, and his first child together. Della was born on August 12, 2015. The six-year-old seems to have inherited some musical talent from her father. Billy uploaded an adorable video of Della singing “Happy Birthday” to her big sister Alexa when she was just five years old. She also appeared on stage with her father at just three years old as he performed “Longest Time.” Her impressive sense of pitch and vocal control proves she has what it takes to make it big one day just like her dad.

Billy also had a very special message for Della on her sixth birthday. “On your birthday it reminds us of how grateful we are to have you in our lives,” he wrote to his daughter on Instagram. “You and your sister have been our quarantine entertainment. There are no other people we would want to be stuck with at home!!! We love you more every day and year.”

Remy Anne Joel is Billy Joel and Alexis Roderick’s second child together. Alexis became pregnant with Remy quickly after giving birth to Della. Remy was born on October 22, 2017. Shortly after her birth, Billy uploaded an adorable picture of himself and the newborn on Instagram and noted, “Alexis and Remy are doing well and everyone is thrilled.”

Remy is now four years old and seems to look up to her big sister, Della. Billy has uploaded several pictures of the two playing together and being their “quarantine entertainment,” as he noted in Della’s birthday post. In a separate post for Remy’s fourth birthday, Billy enthused, “When you laugh you make everyone around you happy. Thank you for all the joy you bring. We love you more than words can say.” Remy certainly seems to be the light of Billy’s life as his youngest daughter.