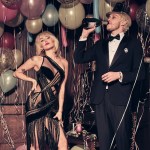 Even though Pete Davidson invited Kim Kardashian to join him in Miami for New Year’s Eve, she chose not to go — and now we know why.

Fans of Pete Davidson and Kim Kardashian‘s steamy new romance were bummed when they found out that Pete, 28, and Kim, 41, didn’t spend New Year’s Eve together. Especially because so many fans were anticipating a potential kiss between them when the clock struck midnight. HollywoodLife had EXCLUSIVELY reported that Pete invited Kim to join him in Miami, where he co-hosted a NYE special with Miley Cyrus on NBC, but we’ve now learned that Kim had a very good reason for not making it to the Sunshine State.

“Kim was on the fence about going to Miami because she really wanted to be with Pete. She knew how much this gig meant to him and how much he wanted her to be there,” a source close to The Kardashians star told HollywoodLife EXCLUSIVELY. “He had asked her [to go to Miami] when they spent Christmas together in LA. But when she contacted Kanye [West] to ask if he would be available to watch the kids, Kanye said he wouldn’t be.”

At the time, Kim had no idea what Kanye’s plans were, but she took his word at face value and made the decision to stay home with their four children — North, Saint, Chicago and Psalm West. “Kim knew that one of them needed to be there with their kids on New Year’s Eve because they made a pact to always have one of them there with the children on holidays,” our source explained. “Because Kanye said he had plans, Kim cancelled any tentative plans she had to go [to Miami] on the 31st. Kim always puts her kids first no matter what.”