Skip to content
Africa Business East Africa Europe Human Interest Kenya LifeStyle North Africa Parliament The Rest Of the World Uganda USA West Africa
Ronald Kabuubi
No Comments
181 Views
US President Joe Biden reaffirmed his administration’s support for the independence of Ukraine against Russian aggression during a phone call with his Ukrainian counterpart Volodymyr Zelenskyy on Sunday.
“President Biden made clear that the United States and its allies and partners will respond decisively if Russia further invades Ukraine,” White House Press Secretary Jen Psaki said in a statement about the call.

© Provided by DW US President Joe Biden called his counterpart in Kyiv Volodymyr Zelenskyy amid a buildup of Russian troops at the Ukrainian borderBiden also “reaffirmed the United States’ commitment to Ukraine’s sovereignty and territorial integrity,” she said.

Washington and the EU have accused Moscow of threatening Ukraine with an invasion. Russian forces occupied Crimea in 2014. They have been supporting separatists in the east of the country ever since.

What did the two presidents discuss?

Biden held a phone call last week with Russian President Vladimir Putin in which he warned of severe consequences should Moscow go ahead with a military invasion of Ukraine.

Officials from the US and Russia are set to meet for talks in Geneva on January 9 and 10.

During his call with Zelenskyy, Biden stressed the importance of keeping Ukraine in the loop regarding the various ongoing negotiations.

The Ukrainian president tweeted his appreciation for the call with Biden and for his “unwavering support of Ukraine.”

He added that the two discussed issues of peacekeeping in Europe and the prevention of “further escalation” as well as “reforms” and “deoligarchization.”

Moscow has framed the build up of Russian troops at the border as a protection against the encroachment of NATO. Putin has also demanded the rejection of NATO membership for Ukraine.

However, Ukraine is not undergoing any process to join the western alliance, nor has it been invited to join.

The US has reiterated its support for “confidence-building measures to de-escalate tensions in Donbas and active diplomacy to advance the implementation of the Minsk Agreements.”

The Minsk Agreement saw Kyiv agree to implement certain political reforms in exchange for an end of Russian support for rebels in the eastern Donbass region of Ukraine. The deal was brokered by Germany and France.

Putin has also warned that further sanctions against Russia would be a “colossal mistake.”

So far both sides have agreed to continue pursuing diplomatic routes out of the potentially deadly crisis. 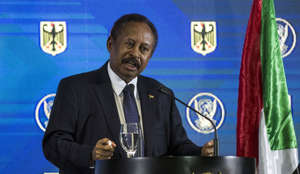 Enter the Lake District House Draw, Live in, Rent out, Sell up

Sri Lanka on brink of bankruptcy 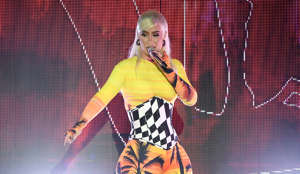