The Archbishop of Uganda His Grace Rt. Rev. Dr. Stephen Kazimba has decried the increasing levels of moral decadency in the current days. 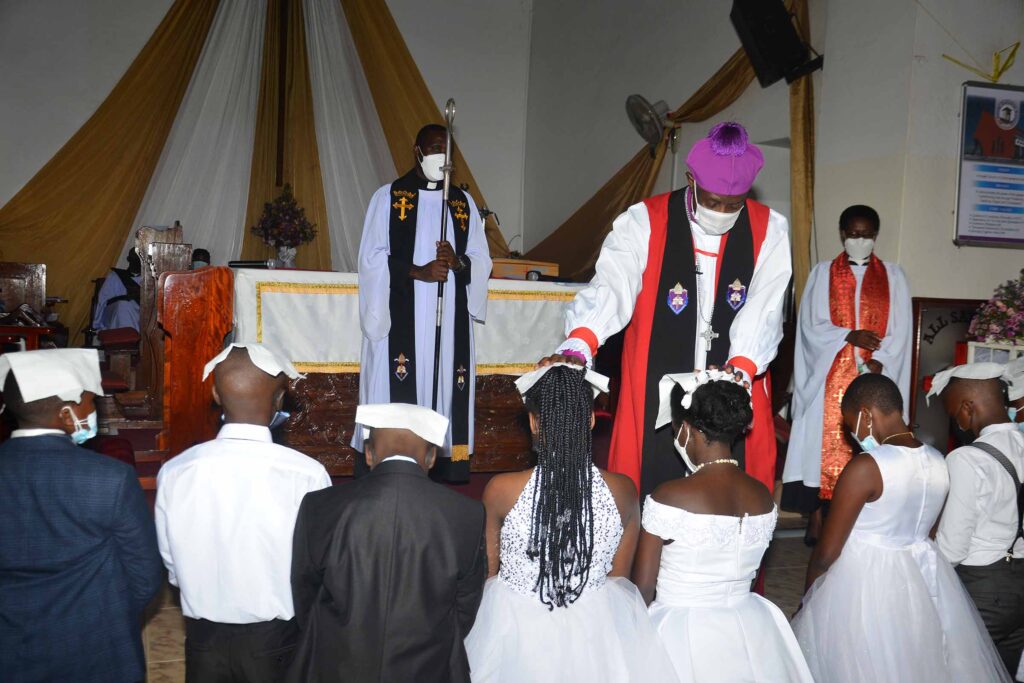 While delivering his remarks to the 132 Christians, he confirmed into the Anglican faith on Sunday,Kazimba appealed to the new youngsters to behave maturely and be ambassadors of God. 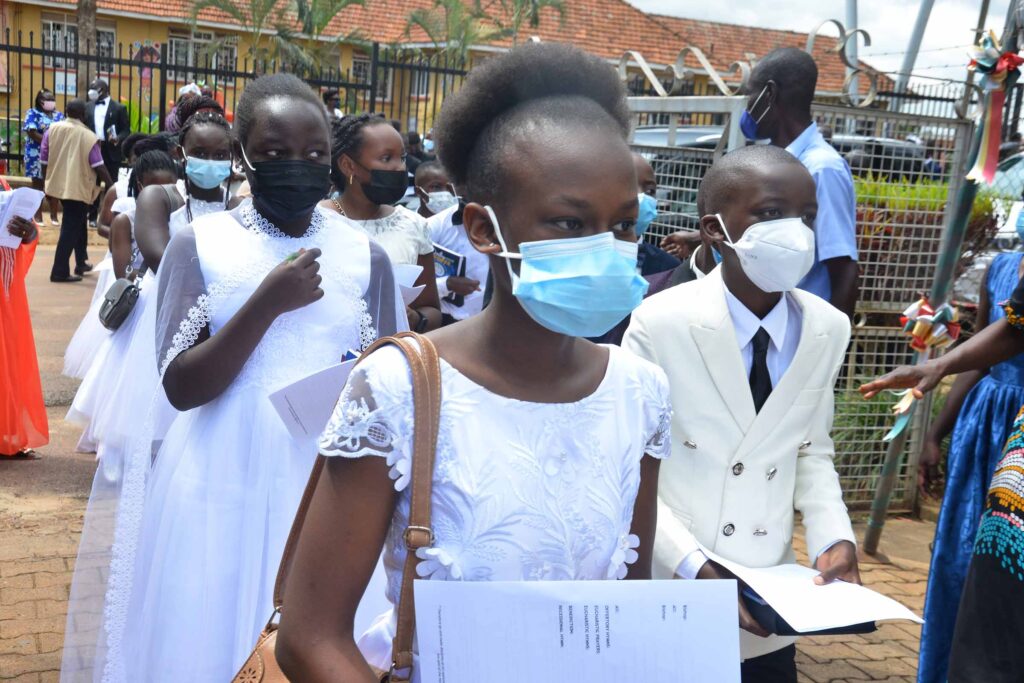 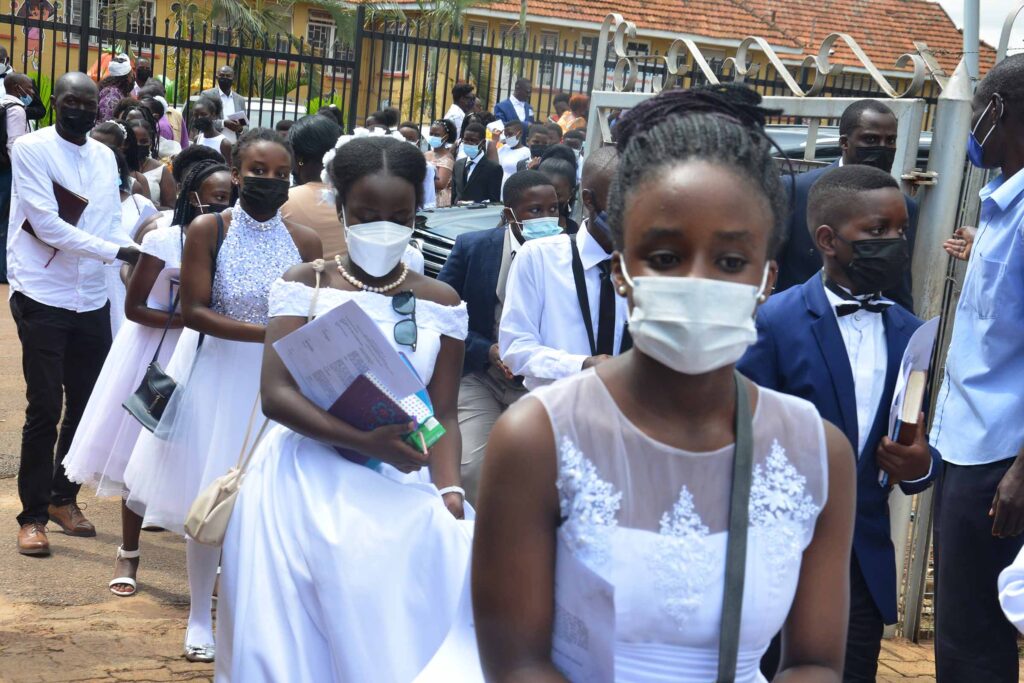 Candidates are seen arriving shortly before they were confirmed by the  Archbishop of Uganda His Grace Rt. Rev. Dr. Stephen Kazimba Photo by Ronald Kabuubi/KMA Updates.

You should Pray, dress well and talk responsibly. 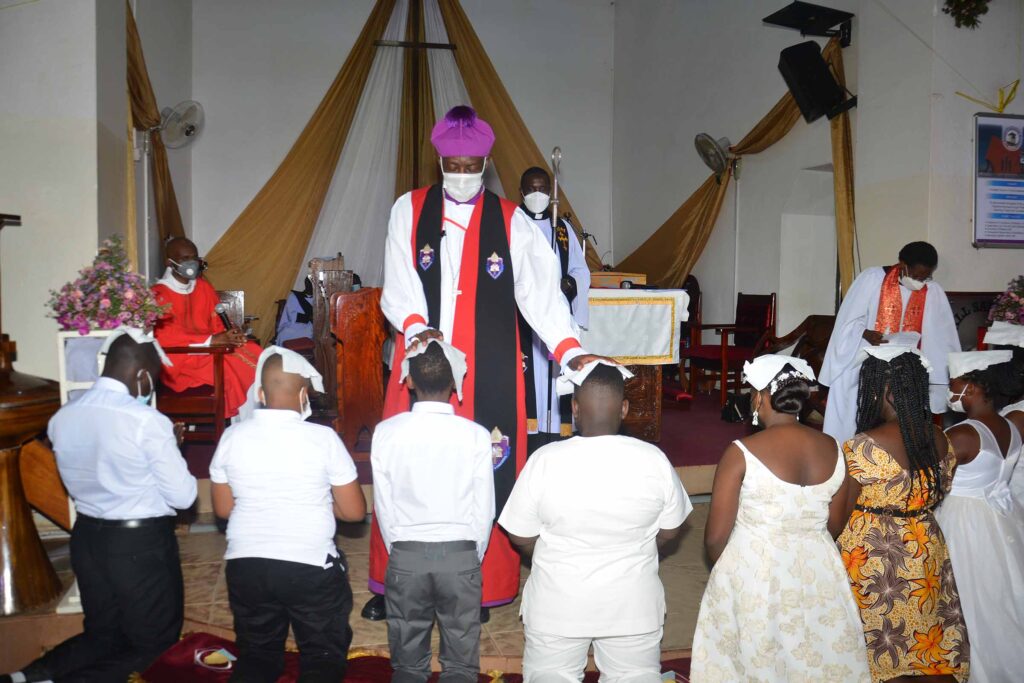 You should not enter into unnecessary  arguments. Wise people consult with others.Yes you are still young but after this service, go out and behave  maturely.

If you dress wildly, you will destruct others.Do not get involved in evil things. You should not eat while walking, saying how you behave in Society tells a lot about you and where you come from

I get surprised when I see grown up people walking while chewing in the streets. Really, how can you do this! He wondered. People of God do not behave like that. You are ashaming even members of your family.

What is moral decadence?

Muraino and Ugwumba (2014) asserted that moral decadence is the process of behaving in a way that shows low moral standards. It means gross reduction in the moral values in a particular society. … It seems to be deterioration or a collapse in upholding our societal values, beliefs, norms and ethical standards.