© Alastair Grant/AP Police guard Windsor Castle on Dec. 25. (Alastair Grant/AP)“The man has been arrested on suspicion of breach or trespass of a protected site and possession of an offensive weapon. He remains in custody at this time,” Thames Valley Police Superintendent Rebecca Mears said in a statement. What weapon he had remained unclear.

The 19-year-old man from Southampton was arrested after he was found entering the grounds of the castle at around 8:30 a.m., police said. He did not enter any buildings.

“Members of the royal family have been informed about the incident,” Mears said. “We do not believe there is a wider danger to the public.”

A spokeswoman for Buckingham Palace declined to comment, saying it was a matter for the police.

“[S]ecurity processes were triggered within moments of the man entering the grounds,” police said in a statement posted online. 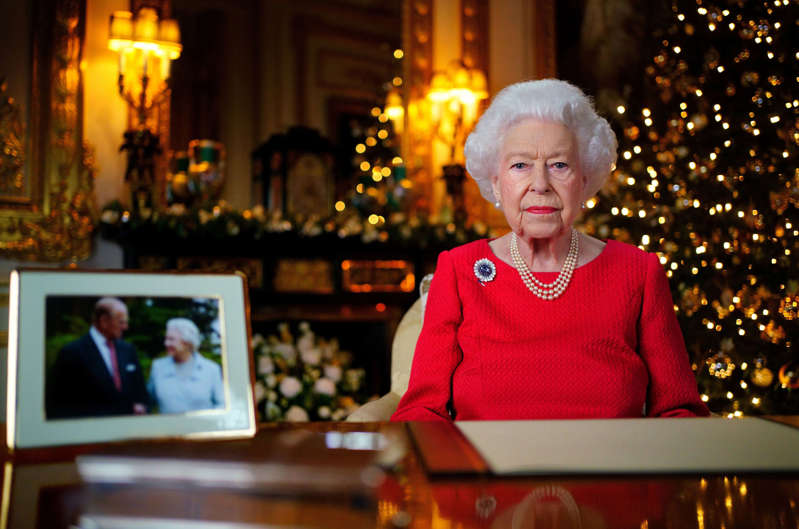 © Victoria Jones/PA Images via Getty Images Queen Elizabeth II records her annual Christmas broadcast in the White Drawing Room in Windsor Castle, Berkshire. Issue date: Saturday December 25, 2021.Other security breaches have occurred at Windsor this year. In May, a couple was arrested after entering the grounds of the Windsor estate. The Times of London reported that they were found near the spot where the queen walks her dogs.

One of the best known royal security breaches over the years occurred in 1982, when 31-year-old Michael Fagan broke into Buckingham Palace. As depicted in an episode of “The Crown,” Fagan reached the queen’s bedroom and spent several minutes chatting with the monarch.

The queen had been planning to host a Christmas gathering this year at her Sandringham estate in Norfolk, England. But those plans were scrapped, for the second year in a row, after a surge in coronavirus infections. Confirmed daily cases hit a record high on Saturday.

Instead, the queen spent Christmas Day at Windsor Castle, her main residence since the start of the pandemic in 2020. She was joined by a small group of family members, including her eldest son, Prince Charles, and his wife, Camilla.

This was the queen’s first Christmas since the death of her husband, Prince Philip, in April at age 99. The queen paid tribute to him in her annual Christmas Day speech, which was broadcast Saturday but recorded last week.

Referring to Philip, the queen said that there was “one familiar laugh missing this year.”