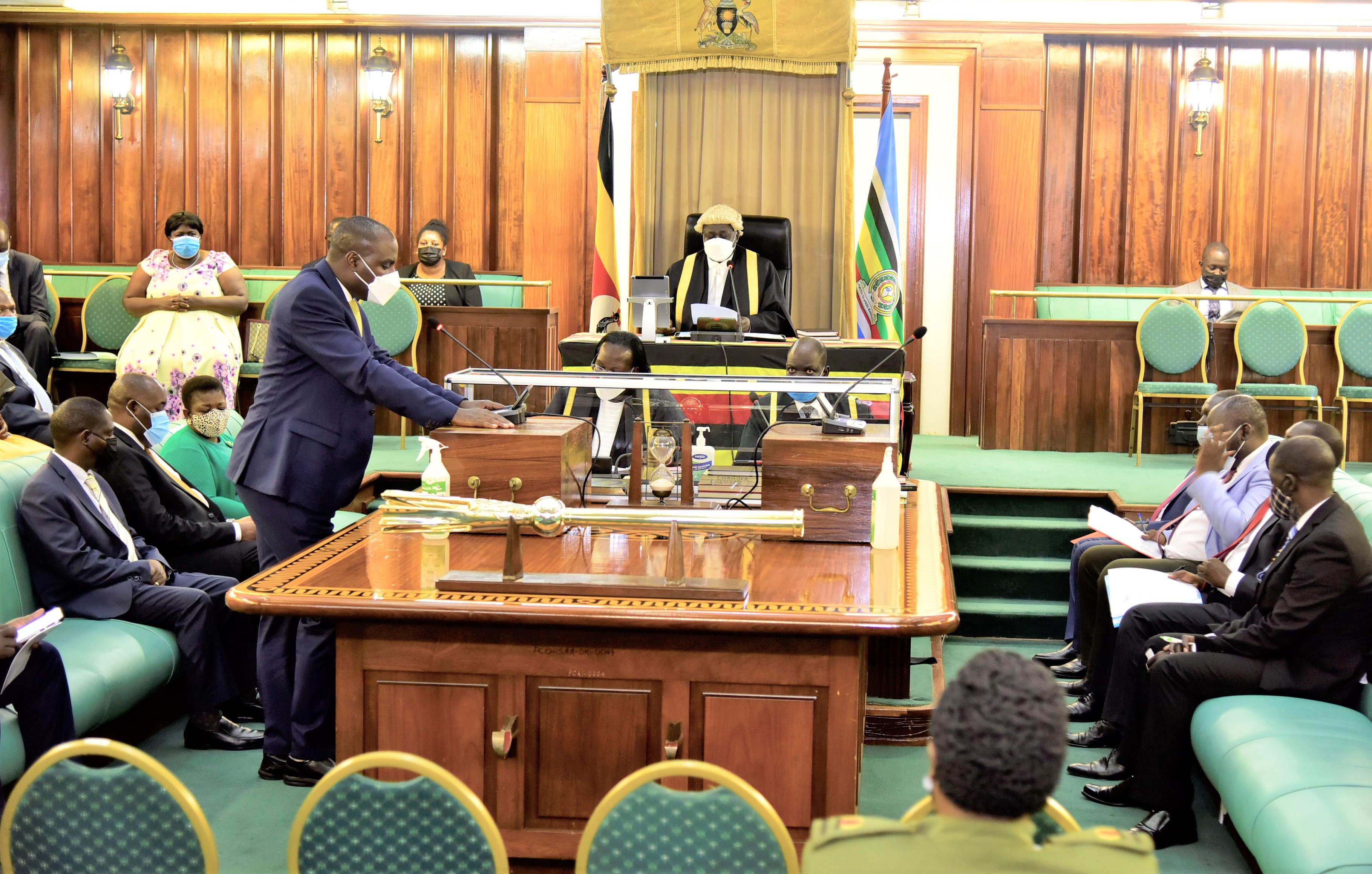 The state minister for finance in charge of general duties, Henry Musasizi, made a commitment to pay striking medics their salary.

The Minister of State for Finance, Planning and Economic Development (General Duties), Henry Musasizi, has given legislators assurance that medical intern doctors and senior medical staff in government health facilities will be paid within two weeks.

“It is true that the House handled the issue and passed Shs32.5 billion in the supplementary budget to cater to allowances of intern doctors and salaries of senior medical staff. There is a process we follow after passing a supplementary and we have been following this,” he said.

“By close of business today, we should have issued the cash limit to them [Ministry of Health] to facilitate them pay the money,” he said.

The Minister of Information, Communication Technology and National Guidance, Chris Baryomunsi, informed Parliament that the leadership of the Forum of Interns Executive Committee and Uganda Medical Association (UMA), are scheduled to meet with the Director-General of Health Services on Friday, 17 December 2021.

“There is progress, there should be no cause for worry and they [Medical Interns] have indicated that they will resume work on Monday,” Baryomunsi said.

The assurances by the ministers follows a proposed motion for a resolution of Parliament urging government to rescind a directive requiring medical interns to vacate government hospital facilities and to address concerns leading to medical interns’ strike.

The Speaker, Jacob Oulanyah, deferred the motion to Tuesday, 21 December 2021, saying that he held a meeting with the Permanent Secretary and Secretary to the Treasury (PSST) on the matter.

“In light of this, I will defer this motion to allow us monitor the developments that will take place tomorrow [Friday]; our meeting with the PSST, the meetings with the leaders of UMA and clear guidance on when this money will be paid,” Oulanyah said.

He added that by Tuesday when the motion is presented, MPs will be aware of the sections which will still be relevant.

Medical interns in government hospitals and health centers countrywide took industrial action six weeks ago, demanding a raise in salary and health insurance. They further raised concern over the lack of medical supplies.

While addressing the nation in 2017 and in June 2021, President Museveni said doctors’ salaries will be increased from Shs2.5 million to Shs5 million – a promise yet to be fulfilled.