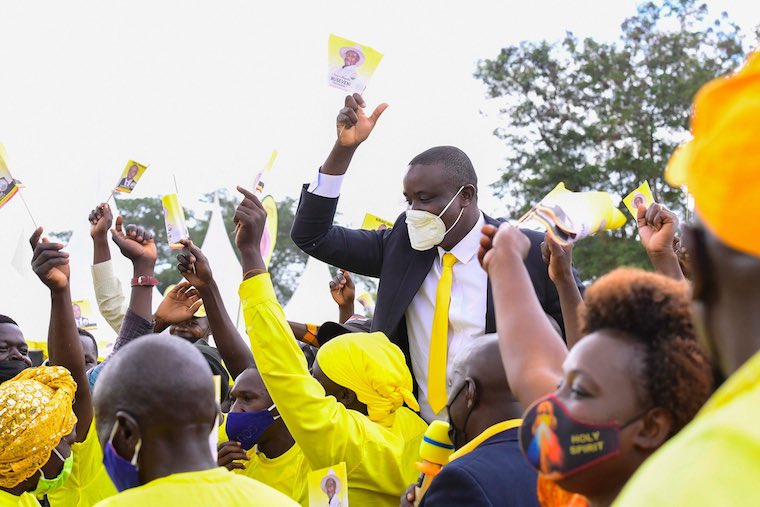 Muwonge, according to the Electoral Commission garnered 31,830 votes against closest opposition and National Unity Platform candidate Harriet Nakweede’s 31,308 votes. Muwonge thanked the NRM chairperson President Yoweri Museveni, the secretariat and voters for ensuring his victory. He promised to work and deliver services to his people.

Although Nakweede seemed to have created a landslide gap between her and Muwonge on Thursday evening, the tide began to change towards Muwonge in the wee hours of Friday morning.

The commission started tallying the results at around 8 pm on Thursday, an exercise that continued until 5 am on Friday. However, the declaration of results was delayed until 9 am.

The final tally, however from the Electoral Commission had Jamilu Kamoga with 279 votes, Boniface Bandikubi 470 votes, Majid Nyanzi 1287 votes and Anthony Waddimba with 158 votes.

The total number of cast votes were 65,332, rejected invalid votes 947 while spoilt votes were 91. The election was marred by election malpractice and allegations of voter bribery with many locals accusing the Prime Minister Robinnah Nabbanja of dishing out cash, Shs 4,000 per voter on Wednesday night to vote in favour of Muwonge.

Yesterday, voting was halted at polling stations of Kyato-Mwoloola, Nakyesanja at Kayonza sub county and Seeta-Nyiize in Kangulumira sub county after ballot boxes were brought into the station stuffed with pre-ticked ballots.

At Kangulumira specifically Nakyesanja polling station, the box was stuffed with over 462 ballot papers before even the bio-metric machine was brought to the station.

Last night, Nakweede’s tally agent John Mary Ssebuufu was carried out of the centre by the Counter-Terrorism Police personnel for challenging what he termed as doctored results from Kayonza sub-county.