Skip to content
Africa East Africa Europe Human Interest Kenya LifeStyle North Africa Parliament Rwanda South Africa Tanzania The Rest Of the World Uganda USA West Africa
Ronald Kabuubi
No Comments
101 Views
The President, Major General Muhammadu Buhari (retd.), has said he looks forward to 2023 when he will hand over power to a new president and return to tending to his farm. He however promised to give his best in his remaining time in office. 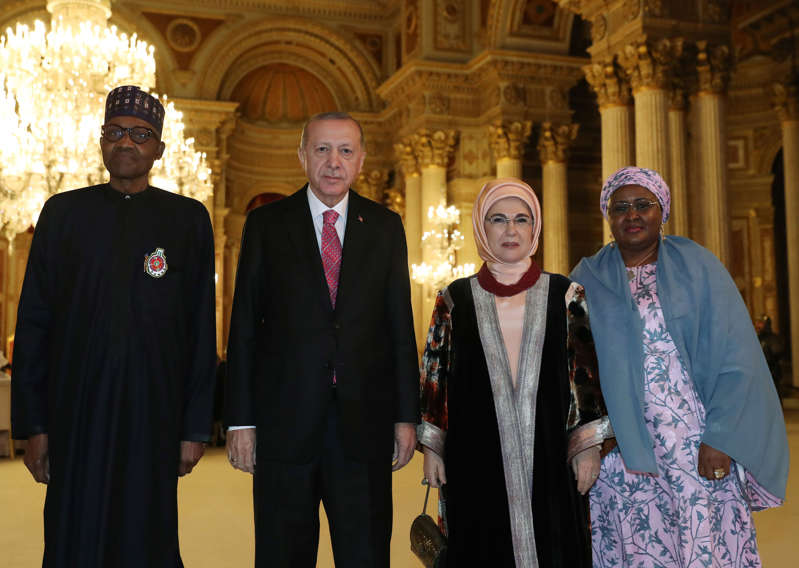 © TUR Presidency/Murat Cetinmuhurdar/Anadolu Agency via Getty Images ISTANBUL, TURKEY – DECEMBER 17: (—-EDITORIAL USE ONLY â MANDATORY CREDIT – “TURKISH PRESIDENCY / MURAT CETINMUHURDAR / HANDOUT” – NO MARKETING NO ADVERTISING CAMPAIGNS – DISTRIBUTED AS A SERVICE TO CLIENTS—-) Turkish President Recep Tayyip Erdogan (C) and his wife Emine Erdogan (R) pose for a photo with President of Nigeria Muhammadu Buhari (L) before a dinner organized in honor of heads of state and government attending the 3rd Turkey-Africa Partnership Summit at Dolmabahce Office in Istanbul, Turkey on December 17, 2021.Buhari spoke on Friday in Istanbul, Turkey, after a surprise birthday event was held in his honour before his official duties began.

These were contained in a statement by the Senior Special Assistant to the President on Media and Publicity, Garba Shehu, titled, ‘Here is how President Buhari marked his 79th birthday in Turkey’.

The President, hosted by the Turkish President, Recep Tayyip Erdogan, is currently attending the Turkey-Africa Partnership Summit, which has the theme, ‘Enhanced Partnership for Common Development and Prosperity’. The summit is expected to review the cooperation between African countries and Turkey since the last summit in 2014.

The statement noted that in marking his 79th birthday in Istanbul, the President cut a birthday cake moulded in national colours, green-white-green, after which he proceeded to chair a meeting with officials in his delegation and thereafter rode to the Dolmabahce Palace for a meeting with his Turkish counterpart, Erdogan.

In his response to the tributes delivered by the Minister of Foreign Affairs, Geoffrey Onyeama, on behalf of the delegation, the President said he would put in his best for Nigeria until his last day in office.

He said, “I thought being away from Abuja I will escape these things. The Guards Brigade had written to tell me what they wanted to do on this day. Now here you are doing this far away from home.

“I look forward to the year 2023 when I finish and I go (back) home to take charge of my farm. Between now and that time, I will do the best that is possible to advance the interest of the nation and its people, and carry out my duties as prescribed by the constitution.”

The statement said when the President stepped out of his suite to the meeting room, he met a surprise lineup of the Nigerian delegation with a cake decorated in Nigeria’s national colours.

The group broke into a chorus, as they chanted “Happy Birthday, Mr President.”

Onyeama, who spoke on behalf of the delegation and the Ambassador of Nigeria to Turkey, Ismail Abba, congratulated the President on his good works and wished him a happy birthday, many healthy years ahead and the energy to give his best to the nation.