The government has declined to proceed with further negotiations with intern doctors who continue to strike over unfulfilled pledges.

Minister of Health Dr. Jane Ruth Aceng released a statement on Monday afternoon confirming that the government will not negotiate with medical interns. 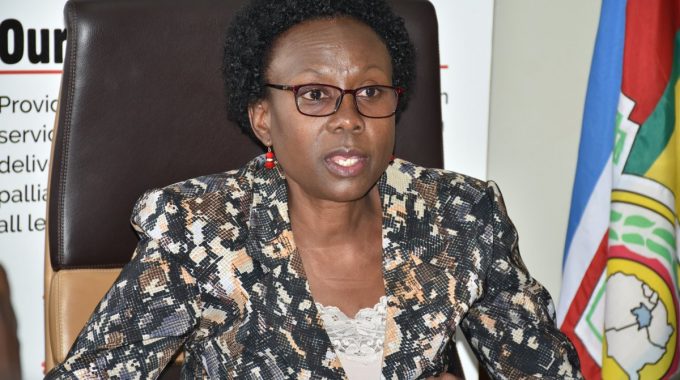 She says interns are not public servants and are at liberty to make their own decisions regarding work.

“Internship is a training period, it is not work and they are not public servants, so they are free to take a decision not to train it is up to them because if they don’t train, they will delay their registration period to become medical workers,” Dr. Aceng said.

She has advised intern doctors to stop misbehaving and return to work because the government has already passed a supplementary budget to meet their demands.

“The supplementary they asked for has passed through the process and will be wired to them when ready (maybe in a week’s time or so), so any normal human being should go and finish their internship, it is to their own advantage. Those who are not willing should leave our premises, they are doing nothing there,” she said.

She adds that :“The population are longing for services, they need to be treated. Now, these want to strike to paralyze services. For those who want to strike, let them continue.”

Medical interns have been on strike since early last month when they laid down tools citing poor working conditions , unpaid allowances and mediocre pay. Over 1,400 medical intern doctors went on a sit down strike demanding that the government increase the budget for their facilitation from the current Shs 11.4 billion to Shs 35 billion in the next financial year in addition to providing decent accommodation.

However, in a letter signed by Dr. Henry Mwebesa, the Director-General of Health Services, at the Ministry of Health, the striking medical interns were given one week to vacate government hospitals and look elsewhere to finalize their internship programme.

The Ministry was planning to incorporate junior medical interns to start practice in government health facilities as their seniors had only two months to conclude training.