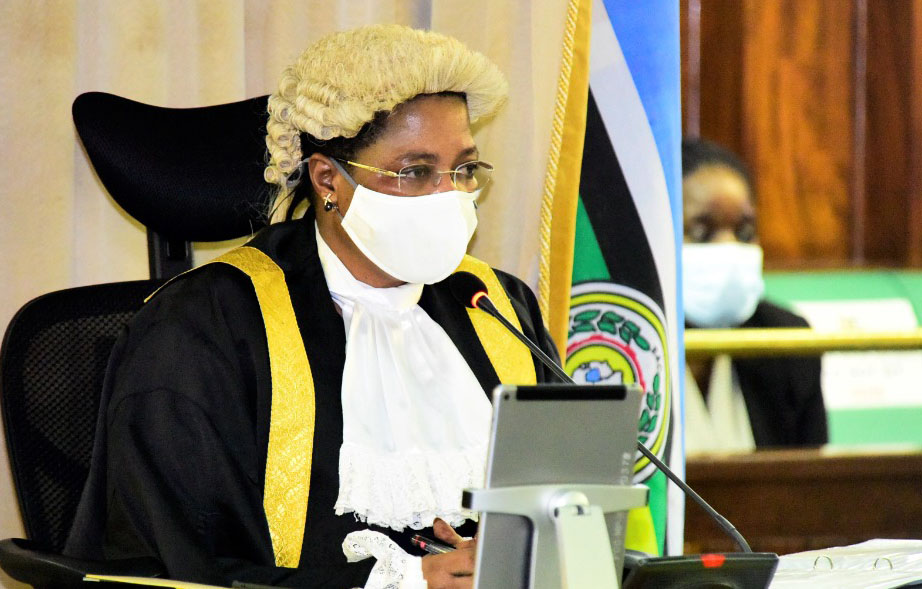 The Deputy Speaker, Anita Among.

The Deputy Speaker, Anita Among, has directed government to ensure that demands made by doctors, who are currently on strike, are met.

While chairing the plenary sitting on Tuesday, 7 December 2021, Anita said that the services of medical workers are critical, especially during the wake of a threat of a new Covid-19 variant.

“What I know is that part of what we approved in the supplementary budget was meant to pay doctors. We need to make sure that doctors are paid. Government Chief Whip should follow up and report back,” she said.

The Minister of State for Industry, Hon. David Bahati, said Government is engaging doctors to resolve the impasse.

“It is true that the medical doctors under Uganda Medical Association met with the President and went through their demands,” he said.

He informed legislators that a committee chaired by the Prime Minister has been constituted to ensure that the issues are handled.

“Yesterday we had a discussion about these issues and the Prime Minister is handling them. We hope that very soon, these issues will be resolved,” Bahati said.

The Leader of the Opposition, Mathias Mpuuga, asked the government to involve Parliament in finding a solution to the challenges faced by the doctors.

“The way the Minister is communicating is as though the matters have become private between the Prime Minister and doctors. The issues are in the public domain and some of them are budgetary in nature and Parliament is the last in the budget process,” he said.

The matter was raised by Hon. Timothy Batuwa Lusala (FDC, Jinja South Division West) who called on government to urgently address the demands of medical workers.

“We have been having an impression that government is working hard to get them to work. They have minimum demands which when fulfilled, they will get back to work,” he said.

While addressing the nation in 2017 and in June 2021, President Museveni said doctors’ salaries would be increased from Shs2.5 million to Shs5 million.