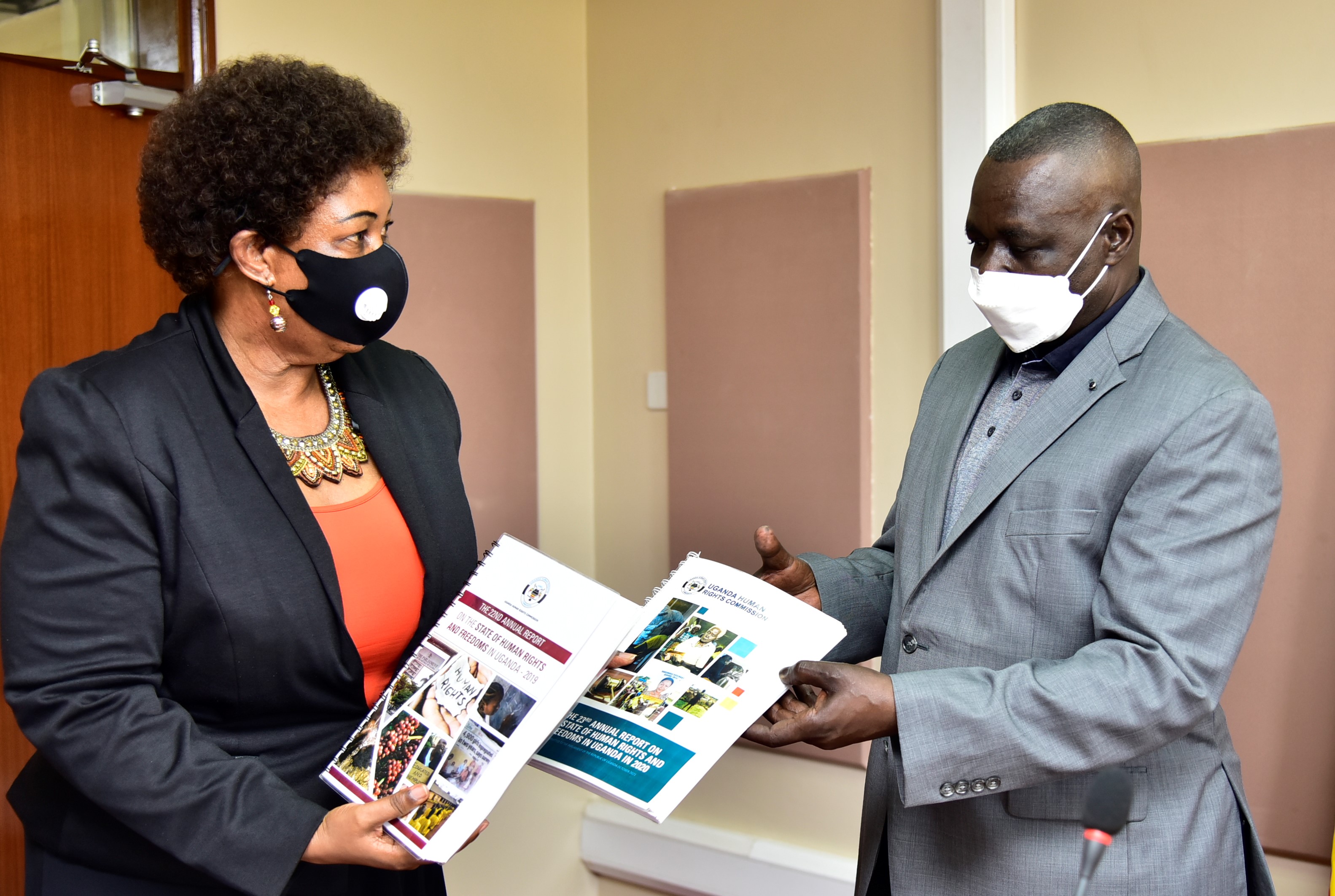 UHRC Chairperson, Mariam Wangadya, presenting the entity’s reports on the state of human rights and freedoms to the Speaker, Jacob Oulanyah.
The Speaker of Parliament, Jacob Oulanyah, has urged government agencies to focus their research studies and recommendations on the plight of the common man.

According to the Speaker, a number of reports presented by agencies to Parliament do not adequately capture the concerns and issues affecting Ugandans in rural areas especially on matters such as human rights.

Oulanyah made these remarks while receiving the Uganda Human Rights Commission reports for the years 2019 and 2020 from the Chairperson, Mariam Wangadya, on Thursday 02 December 2021.

“How do we make these institutions relevant to the human rights issues affecting the ordinary person? We need to focus on things affecting the rural Ugandan and talk about them, not just those happening in Kampala,” said the Speaker.

“Some of the institutions of Government seem to be detached from the ordinary people. For as long as they are down, they draw the rest of the economy down with them, but when they are making a living, everybody is okay,” he added.

Oulanyah also said it was not appropriate for Uganda’s human rights issues to be funded by foreign agencies, noting that they often have different agenda and interests that do not work in favour of the country.

The Speaker was responding to calls by the UHRC Chairperson to restore operations of the Democratic Governance Facility (DGF), a non-governmental organisation that had been funding the operations of the Commission, among other national agencies and NGOs.

According to Wangadya, DGF has not been operational for almost a year, which limited the UHRC in delivering on its mandate given that it had funded its operations including investigations, tribunal hearings and field offices.

“Government of Uganda funds are only for administration, with only 15 per cent going to core activities. We call on Government to support us fully so that we can deliver without need for donor support,” Wangadya said.

She told the Speaker that the Uganda Human Rights Commission has a funding gap of Shs15.83 billion and called on Parliament to intervene in availing more funding to cater for staffing and field activities, among others.

Oulanyah said reliance on donor support should be a thing of the past and urged the UHRC to include all intended activities in its work plan for better budgeting.

“We should develop our capacity and rearrange our priorities to capture these constitutional institutions we created for specific purposes so as to make them functional,” the Speaker said.

The UHRC reports will be discussed by the Human Rights Committee of Parliament, which will extract the recommendations and submit them for consideration on the Floor of Parliament.