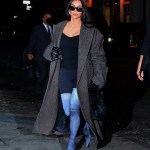 Amidst reports of a romance with Pete Davidson, Kanye West unfollowed Kim Kardashian on Instagram.

Kanye West is no longer keeping up with soon-to-be ex-wife Kim Kardashian amid their divorce. The rapper, 44, recently unfollowed the SKIMS founder, 41, on Instagram. The social media purge comes amidst reports that Kim has been spending more time with comedian Pete Davidson following her guest host stint on Saturday Night Live in October.

Kim filed for divorce from the rapper in February after nearly seven years of marriage, citing irreconcilable differences. Reports at the time indicated that it was an “amicable” decision,” with the longtime couple pursuing joint custody of their children North, 8, Saint, 5, Chicago, 3, and Psalm, 2. The reality star became linked to Pete after they visited Knott’s Scary Farm in Buena Park, Calif. together on October 29.

The duo were joined by mutual friends, including Kim’s sister Kourtney Kardashian and her fiancé Travis Barker. A photo of Kim and Pete holding hands while on a rollercoaster sent the internet into a frenzy. Following the theme park get together, the two reunited when Kim was in New York to attend the Wall Street Journal‘s 2021 Innovator Awards on November 1, where she was celebrated as an honoree for her shapewear brand SKIMS. 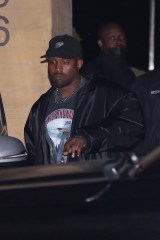 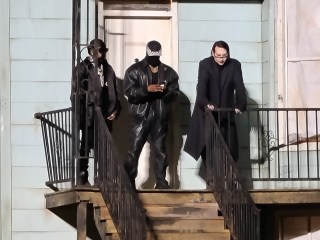 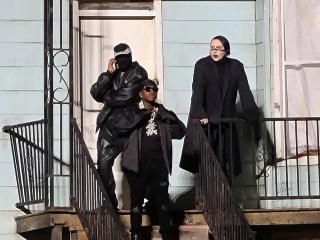 The unlikely duo reportedly met up twice for dinner, first with some friends at Zero Bond, a social club in Manhattan, and second at Campania, a pizza joint in Staten Island. Amid all the clamor and the clangor of a possible romance, Kanye appeared on podcast Drink Champs on November 4 and said he still wanted to be with his estranged wife.

“SNL was making my wife say, ‘I divorced him’ on TV because they just wanted to get that bar off, and I ain’t ever seen the papers,” the rapper said. “We ain’t even divorced. That ain’t no joke to me.” He added that their children wanted them to “be together,” adding, “My kids want their parents to be together. I want us to be together. But if you look at the media, that’s not what they’re promoting. They want there to be a new wedding, a new episode, a new TV show.”